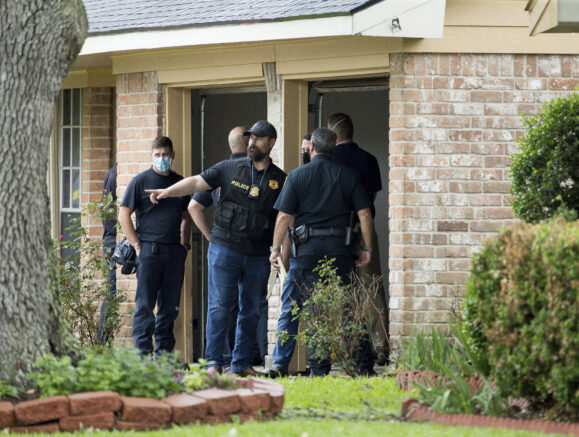 Law enforcement officials investigate the site of a human smuggling case, where more than 90 undocumented immigrants were found inside a home on the 12200 block of Chessington Drive on Friday, April 30, 2021, in Houston. A Houston Police officials said the case will be handled by federal authorities. ( Godofredo A. Vásquez/Houston Chronicle via AP)

Authorities said the migrants were locked in two separate rooms of the residence and dressed only in their undergarments. Police added, there was a possible COVID-19 outbreak among the group.

The suspects face federal smuggling charges. If convicted, each suspect faces up to 10 years in federal prison and a possible $250,000 fine.