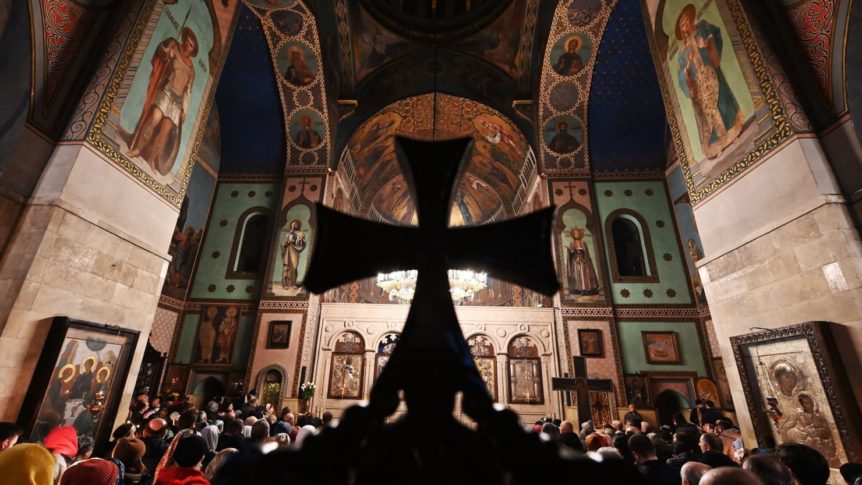 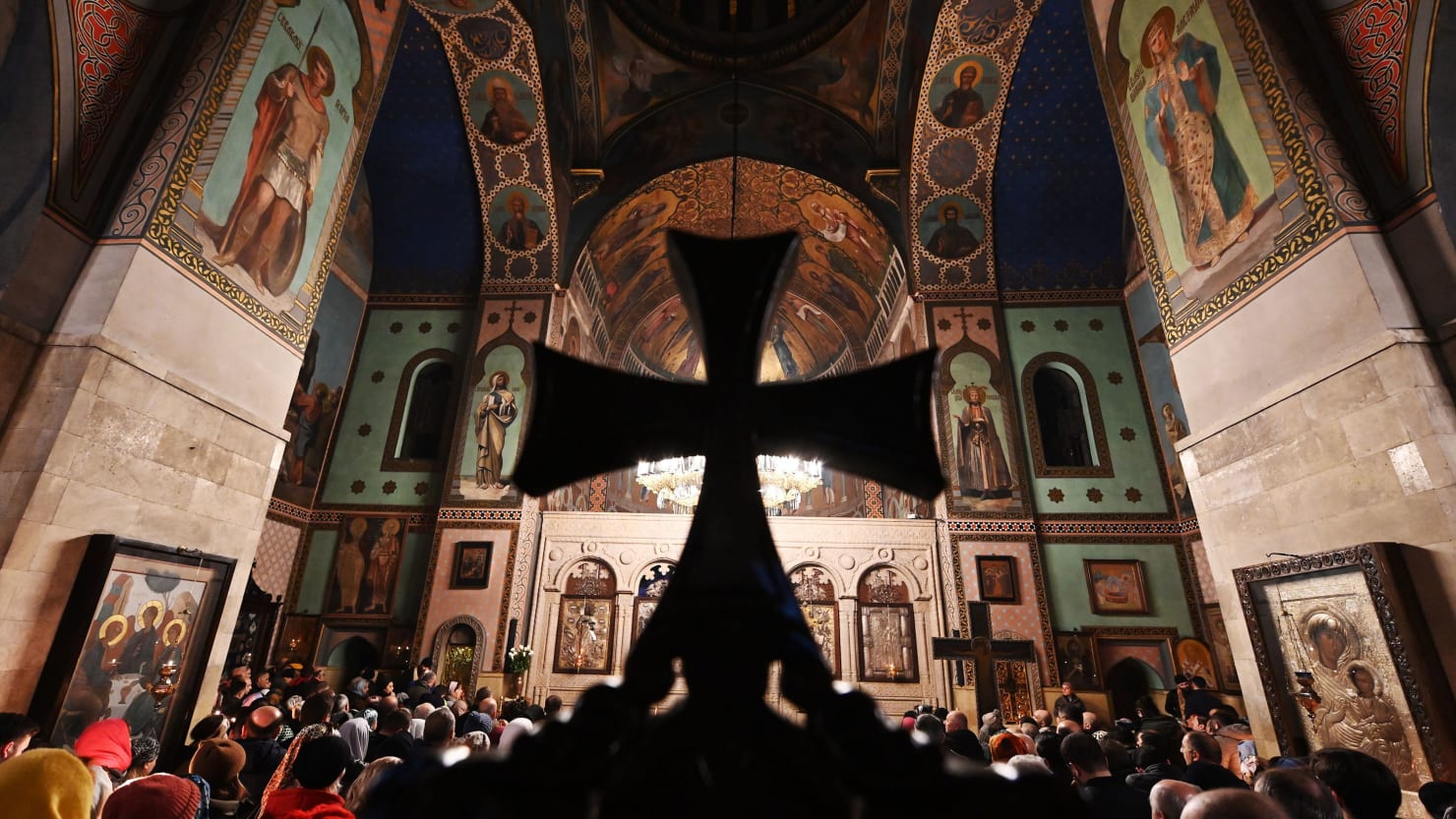 TBILISI, Georgia—While dozens of journalists were getting brutally attacked by a lynch mob of religious anti-LGBTQ extremists on July 5, the Georgian Orthodox Church was churning out Kremlin-esque nationalist propaganda to galvanize an already violent mob.

“Forget about no violence. You are obligated to be violent. For your homeland. For your country. For holiness,” a priest from the church roared at a crowd gathered in front of the parliament building in Georgia’s capital city of Tbilisi, where a protest against Pride celebrations was taking place. This was nothing short of a battle cry.

The Georgian republic was founded on “Western” aspirations, and year after year, support for Georgia’s EU and NATO aspirations polls around 75 percent. But at the same time, trust in the Georgian Orthodox Church polls just as well, despite fanatical bishops vying for the throne of the 88-year-old patriarch miring the church in scandals and intrigue—including allegations of sexual abuse and a murder plot involving cyanide.