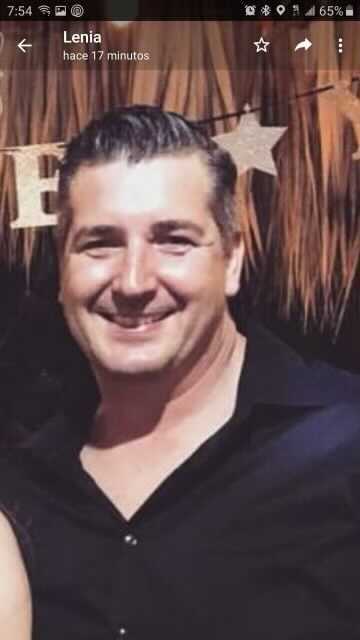 MIAMI—Early Thursday morning, Adriana Chi got some good news: her 15-year-old niece was alive despite the horror of the collapse of her condo building in Surfside, a community within Miami Beach that overnight became the site of a grisly national tragedy.

Chi, 42, said she visited her niece in the hospital, and the niece recounted feeling the building tremble before her mother, Angela Gonzalez, 40, grabbed her. She blacked out, then remembered running.

“And then the building collapsed,” Chi told The Daily Beast of her niece’s experience, breaking up as she noted that her niece told her she was stuck between concrete. “She was banging on metal for someone to hear her.”

The niece and Gonzalez have since been recovering at a nearby hospital, Chi explained.

But Chi’s brother, Edgar Gonzalez, 45, a local attorney, was still missing, she said.

“I don’t know what to do,” she told The Daily Beast.

Chi was among over a hundred people gathered outside the Town of Surfside Community Center on Thursday afternoon. Only one person was confirmed dead, but dozens were presumed missing, leaving loved ones frantic and fearing the worst.

Among the people milling in and out were tourists evacuated from nearby hotels, survivors of the collapsed building, and puffy-eyed family members hoping and praying for any information from an assemblage of police, Red Cross volunteers, and Miami-Dade County officials.

At one point, Gov. Ron DeSantis pushed his way through the crowd to go inside and address some of the families and survivors.

“All they’ve been getting is information from us,” said Rolando Moreno, 45, who had been there since 6 a.m. hoping for information about the missing Gonzalez, his best friend. “But they’re not releasing any information. That’s nerve-racking.”

Kara, 31, and Tayler, 31, who both declined to share their last names, were similarly frustrated by the little information they were hearing about Cassandra Stratton, 40, a friend they said lived on the fourth floor of the collapsed building. Stratton is a pilates instructor, according to Kara, who described her as a spiritual person obsessed with astrology who had survived Hurricane Katrina while living in New Orleans.

Kara said she’d just received a text from Stratton the night before. “She literally texted me: ‘Dinner date Friday night?’”

She said she woke up in the middle of the night with a bad feeling and saw a message from a friend in New Orleans, where Stratton is originally from, asking if the woman was okay. Kara said she quickly learned about the collapse and joined the many people gathered for news.

Like others, she couldn’t comprehend what had happened. “It’s so wild,” she told The Daily Beast. “It’s not like, oh, there’s a fire, go run for the exit. You just hear a noise and….”

Moreno said he was similarly shocked once he saw the videos. “I’ve never seen anything like that,” he said. “No explosion, nothing. It just crumbled,” he said.

But Chi, who said her brother has lived in the apartment since 2005 but whose family has owned it since 1994, was not so surprised. She said that in recent years there were issues with ceiling leaks and black mold that forced her brother to renovate the kitchen.

The balcony she frequently smoked on always seemed a little slanted. “There’s been issues for a while,” she said, adding, “There was something off with that building.”