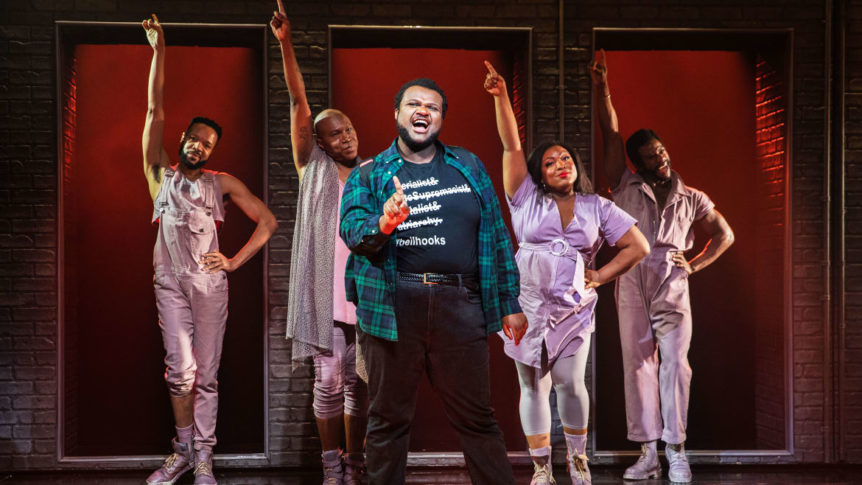 Part of the joy of watching the Pulitzer Prize-winning A Strange Loop on Broadway is precisely because of where we are sitting and what we are watching: this show, about the life and thoughts of a creative, questioning young queer Black man, is being performed right here right now (at the Lyceum Theatre, booking to September 4) in front of a Broadway audience. The fact this reporter saw this one night, and the next day Billy Crystal in Mr. Saturday Night, hopefully says something about what an evolving ecology of Broadway can look like.

The words of its creator Michael R. Jackson, who The Daily Beast interviewed in July 2019 when the musical was playing off-Broadway at Playwrights Horizons, are channeled through Jaquel Spivey who has taken on the role as lead character Usher, wanting “to show what/It’s like to live up here/And travel the world in a/Fat, Black queer body.” For around 100 minutes an audience watches as Usher questions everything around him: racism, sexuality, family, coming out, success, his body, attractiveness, ambition, religion, and trauma (and I’ve probably forgotten something; so let’s just amend that to *everything*).

And besides the extremely moving, searing stuff… it also features the best, most show-stopping reincarnation of a celebrity ever.