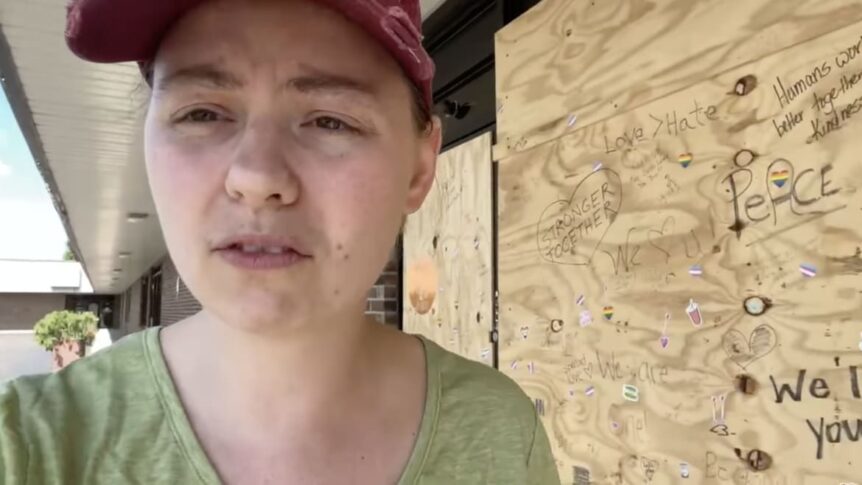 The owner of a bakery in a tiny Illinois town claims her business is the latest victim of a homophobic “conspiracy” after a planned drag-show brunch was derailed by a hate crime attack then targeted by local officials who she says are blaming—and punishing—the victim.

UpRising Bakery and Cafe in Lake in the Hills, a village just outside of Chicago, planned to hold a “Starry Night Drag Brunch” on July 23 but was forced to cancel after their windows were smashed and covered in graffiti. Then, on July 30, business owner Corrina Sac took to Facebook to say that a kids’ Disney karaoke event and a free resume-writing workshop planned for the weekend had been nixed too, this time because of local officials.

“Our hands are being tied, and our backs are being forced up against the wall by our landlord and the Village of the Lake in the Hills,” Sac said in the video posted to UpRising Bakery and Cafe’s Facebook page. “Unfortunately, we received a letter yesterday after a very threatening meeting on Thursday. [It says,] ‘Should the village become aware of any entertainment and events continuing to be advertised and taking place at UpRising Bakery and Cafe location, it will pursue appropriate enforcement actions.’”