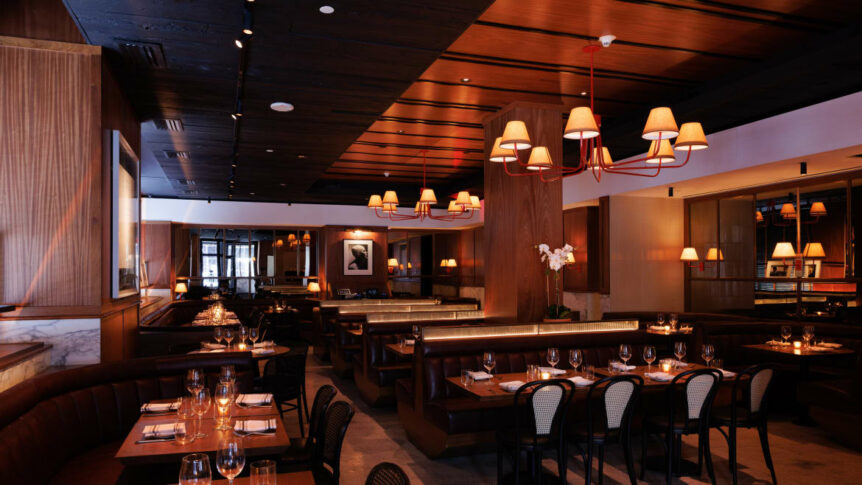 In the incessant hubbub that is Manhattan, picturesque can sometimes be hard to come by, which is part of why tourists have come to love TriBeCa with its cobblestone streets, historic industrial architecture, and perhaps a celeb sighting or two.

Now, one of the hotels built to capitalize on that draw, the Smyth, is back as the Smyth Tribeca and with an elegant new tavern to hang out in.

The original Smyth first opened in 2009 on the corner of West Broadway and Chambers as a Thompson hotel. It’s just a couple blocks from Odeon, the Tribeca staple from restauranteur Keith McNally whose on and off feud with James Corden just won’t quit, as well as other tourist favorites like Bubby’s, the Woolworth Building, and Ground Zero. In 2018 it was rebranded as the AKA Tribeca, and now, post-pandemic, it’s back to the Smyth and operated by Highgate, which also handles the James NoMad.