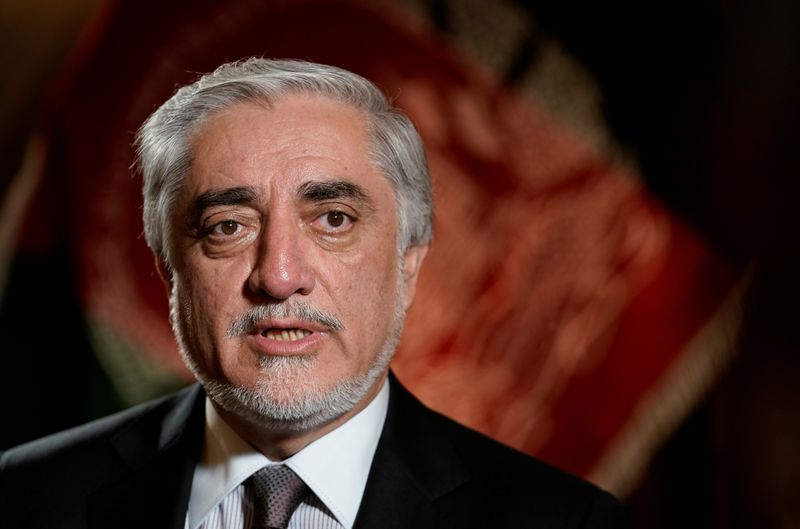 KABUL (Reuters) – Afghan politicians met with representatives of the Taliban insurgents in Qatar on Saturday with each side calling for peace even as fighting escalates and uproots thousands of people.

Two decades of conflict have taken a turn for the worse as U.S.-led international forces withdraw and the Taliban launch offensives around Afghanistan, taking districts and border crossings while encircling provincial capitals.

Negotiatiors have been meeting in Doha since September but failed to make substantive progress with time running out before foreign troops’ full exit by Sept. 11.

“Let’s … take important steps to continue the peace process, to prevent the killing of the people,” Abdullah Abdullah, head of the government’s High Council for National Reconciliation, said at the start of new high-level talks intended to last two days.

“Because we cannot pay the price for this in blood and we cannot escape responsibility for it,” Abdullah said.

Mullah Abdul Ghani Baradar, the Taliban’s deputy leader and negotiator, regretted lack of progress. “But there should still be hope and the Taliban will make efforts for talks to have positive result,” he said.

In the latest impact of fighting, around 12,000 families in northern Takhar province have had to flee their homes as fighting continues, local officials said.

Many gathered at a school in the provincial capital with few supplies. “We were not helped or even given a carpet. Not even a dog can live here,” Mohammad Amin, one of those who had fled, told Reuters.

In southern Kandahar province heavy fighting has taken place and the Taliban earlier this week seized Spin Boldak, an area on the border with Pakistan, though the Afghan government said on Friday it had regained control of the border crossing.

Reuters journalist Danish Siddiqui was killed on Friday while covering a clash between Afghan security forces and Taliban fighters in the area.

Officials on the Pakistan side of the border said the crossing had opened on Saturday, allowing hundreds of Afghans stranded in Pakistan during the fighting to return.

More than 2,000 people were displaced in Kandahar this month, according to the United Nations’ humanitarian agency, and Kandahar’s provincial governor on Friday evening declared a curfew in Kandahar city at night due to the fighting.

The U.N. refugee agency estimates 270,000 Afghans have been displaced inside the country since January, bringing the number of people forced from their homes to more than 3.5 million.