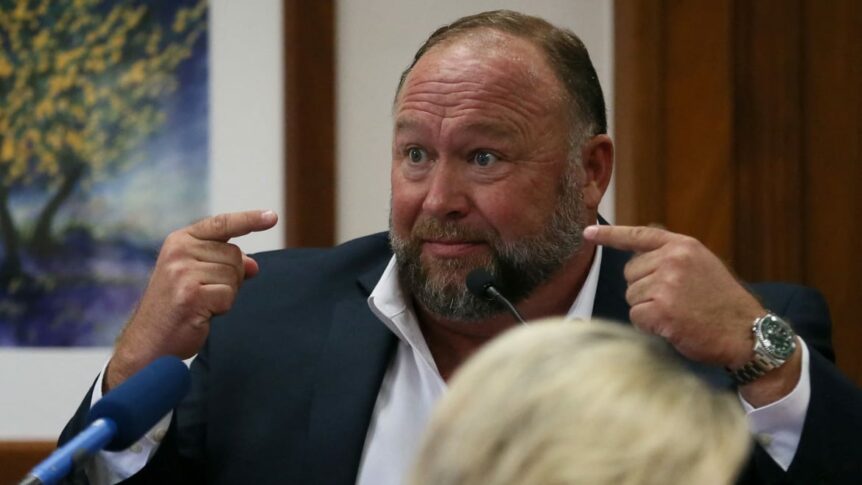 A day after far-right conspiracy-monger Alex Jones was scolded by a judge for chewing gum in the courtroom, opposing lawyers dropped a bombshell revelation they said proved the embattled InfoWars host has been lying on the stand.

Jones testified on Wednesday for the second time in attempting to fend off one of many defamation lawsuits brought by families affected by the Sandy Hook massacre. They are seeking at least $150 million from Jones and his bankrupt media company, Free Speech Systems. Numerous parents of children killed in the 2012 school shooting blame Jones for spreading falsehoods and disinformation about the tragedy that brought on ceaseless abuse, harassment, and death threats.

On Tuesday, Jones insisted, under oath, that he had fully complied with the court’s discovery process, and that there were no text messages on his phone in which he discussed Sandy Hook, as the other side had requested.