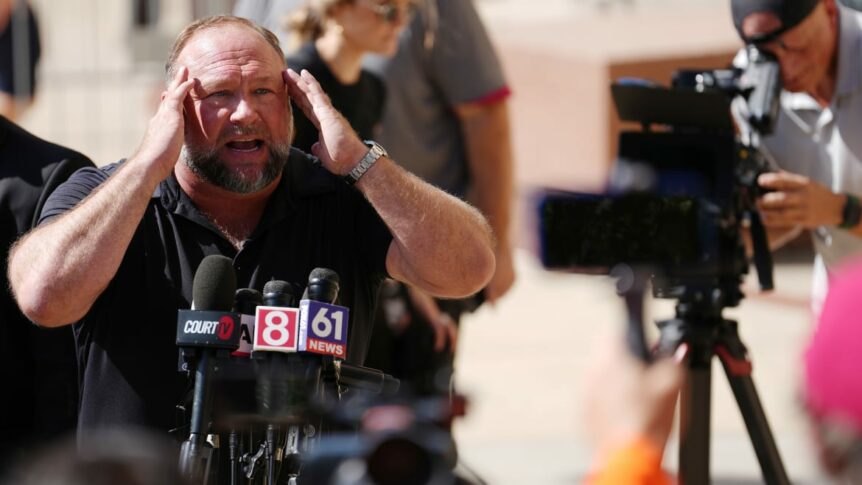 After a disastrous first day on the stand, Alex Jones skipped out on testifying Friday in his Connecticut defamation trial and headed back to Texas—but not before launching into a frenzied diatribe outside the courthouse about the “rigged” proceedings.

On Thursday, things derailed almost immediately after the right-wing conspiracy theorist began his testimony, with Jones’ antics at one point leading Judge Barbara Bellis to ask his lawyer if he needed to be physically restrained from speaking. During his testimony, Jones called the opposing lawyers “ambulance chasers,” and suggested one of them was part of a “mafia” family that controls Connecticut.

“Is this a struggle session, are we in China?” Jones erupted at one point. “I’ve already said sorry hundreds of times, and I am done saying I am sorry.”