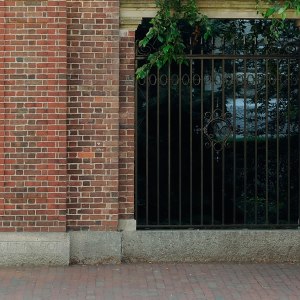 The Declaration of Independence had it right — people are inclined to suffer evils while they are sufferable, but eventually they can’t stand it any longer and rise up.

American college and university alums have suffered for a long time, mostly watching in quiet resignation as the institutions where they once studied and matured have been turned into platforms for leftist advocacy. At a few schools, however, the alumni are beginning to fight back and, as Jay Schalin informs us in today’s Martin Center article, one of them is Davidson College.

One issue is the administration’s abandonment of Davidson’s roots as a Christian (specifically, Presbyterian) institution. In a high-handed manner, it decided to drop the written requirements that the president needed to be a practicing Christian and most of the board be composed of Christians. When an alumni group sought to notify as many Davidson alums as possible about this break with tradition, the administration put up a fuss because, supposed, the alumni directory wasn’t to be used for mass email purposes.

It’s enough to make you think that Davidson’s ruling elite doesn’t want communications that challenge it.

Also, on the topic of communications, another alumni group, Davidsonians for Freedom of Thought and Discourse (DFTD) wants the college to adhere to the Chicago Principles. One member of DFTD wrote,  “I have spoken with and met with the administration many times over the years, including with Carol [Quillen] . . . and believe that no change of direction is even possible with the current administration. Not only is my voice not heard but is [deemed] unworthy of consideration. Our money is, somehow, acceptable, but our values and beliefs are not.”

Schalin concludes with some good news: “Davidsonians for Freedom of Thought and Discourse seems to be organizing for the long haul in the struggle for free expression and ideological balance at the college. And the recent emergence of two dissident groups at Davidson — one of them a powerful group of former trustees — coincides with what is going on at other colleges and universities across the country: resistance to free speech infringements and far-left political and ideological agenda is gaining traction. Such developments have occurred at Princeton University, the University of Virginia, and at Washington and Lee University”