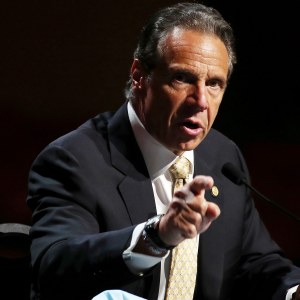 Democrats argued, during Donald Trump’s presidency, that his appointees to the federal bench should be recused from any cases involving investigations of the president, because this would (as Cory Booker and many others put it) involve “the prospect that President Trump could effectively choose a judge in his own case.” Some even raised this as a basis to oppose letting Trump make judicial appointments. As I detailed at the time, this was out of step with how the federal courts have handled cases involving presidents. One reason for that is that the federal courts decide legal questions; they do not sit as jurors. Senators do — but Senators are supposed to be political actors who answer to the voters.

Things are different in New York state. Andrew Cuomo has named two appointments to the New York Court of Appeals, the state’s highest court: Nassau County district attorney Madeline Singas and Justice Anthony Cannataro, the administrative judge of the New York City Civil Court. Singas is a former aide to Congresswoman Kathleen Rice. The state senate has until the end of its session on June 10 to confirm them, and has less time than usual because Cuomo blew by the required statutory deadline to make the picks.

It is not merely possible that these appointees could serve as judges on a Cuomo-related case. It is certain that they will serve as jurors, if the state assembly impeaches the governor at the conclusion of its current impeachment investigation. Under Article VI, Section 24 of the New York state constitution, the jury in an impeachment of the governor consists of the 63 members of the state senate plus the judges of the Court of Appeals. The five current judges were all appointed by Cuomo, who has been the governor for a decade. Adding two more would mean that fully ten percent of the jury would have been appointed by the defendant in the case, and two-thirds are needed for conviction. That is one serious home-court advantage.