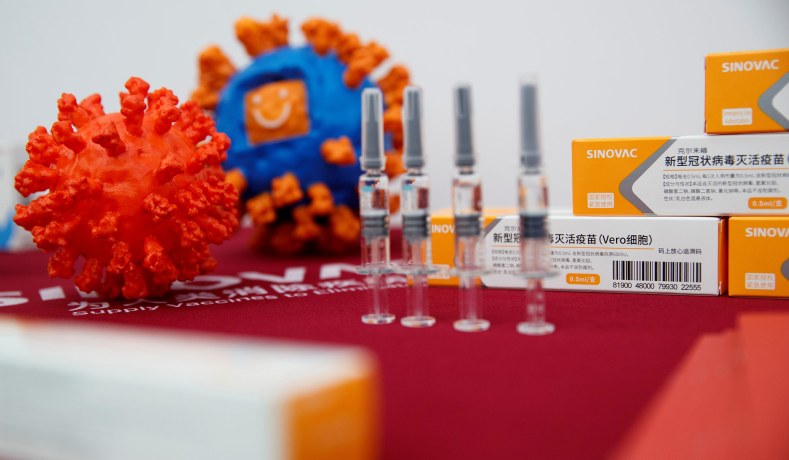 China’s brazen vaccine diplomacy has concrete implications, including the ability to shape how diplomats talk about the Chinese Communist Party’s human-rights abuses on the global stage. Chinese diplomats put the squeeze on Ukraine last week, the Associated Press reported:

China pressured Ukraine into withdrawing its support for a call for more scrutiny of human rights in China’s western region of Xinjiang by threatening to withhold Chinese-made COVID-19 vaccines destined for Ukraine unless it did so, diplomats told The Associated Press on Friday.

Ukraine briefly joined a statement by over 40 countries, presented by Canada at the Human Rights Council in Geneva on Tuesday, urging China to allow immediate access for independent observers to Xinjiang. Some human rights groups have alleged Chinese mistreatment of Muslim Uyghurs and others in the region.

On Thursday, Ukraine pulled its name off the list of supporting states after Chinese authorities warned Kyiv that they would block a planned shipment of at least 500,000 doses of COVID-19 vaccines to Ukraine unless it did so, said diplomats from two Western countries.

Ukraine’s acquiescence to Chinese demands is something that President Joe Biden should bring up in his upcoming meeting with Ukrainian president Volodymyr Zelensky.

Ties between the U.S. and Ukraine have frayed over the Nord Stream 2 pipeline, which the Biden administration opposes but has not fought very hard to kill. To the extent that the Ukrainians were backed into a corner here, Washington should step in, offering to help, so as not to lose ground to the Party’s international discourse power offensive.