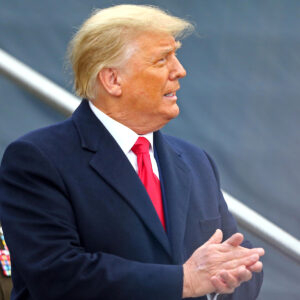 The Associated Press has a deeply disturbing report on Herschel Walker, the former NFL star who has Donald Trump’s backing in the 2022 Georgia Senate race:

Grossman has said she was long a victim of Walker’s impulses. When his book was released, she told ABC News that at one point during their marriage, her husband pointed a pistol at her head and said, “I’m going to blow your f’ing brains out.” She filed for divorce in 2001, citing “physically abusive and extremely threatening behavior.”

In seeking protection from a judge in Dallas County, Grossman filed an affidavit from her sister, which described Walker as unwilling to accept that his former wife had begun dating another man.

Grossman told the court she got calls during that period from her sister and father, both of whom had been contacted by Walker. He told family members that he would kill her and her new boyfriend, according to Maria Tsettos, Cindy Grossman’s sister.

‘In an affidavit, Tsettos claimed Walker once called looking for his ex-wife while she was out with her boyfriend. Tsettos took the call and said Walker became “very threatening” when told of Grossman’s whereabouts. In Tsettos’ recollection, Walker “stated unequivocally that he was going to shoot my sister Cindy and her boyfriend in the head.”

On another occasion, Tsettos said she talked to Walker “at length” after he’d reached out to her online. He “expressed to me that he was frustrated with (Cindy) and that he felt like he had ‘had enough’ and that he wanted to ‘blow their f—— heads off,’” she recalled of the Dec. 9, 2005, exchange.

Two days later he called again and told Tsettos that he possessed a gun and planned that day to act on his threats, which he repeated in graphic language, she said.