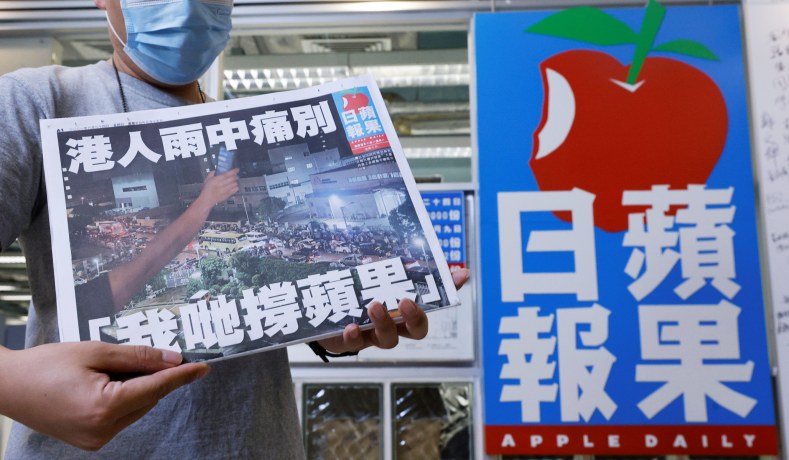 Two members of the Next Digital board have a warning, after the Hong Kong government forced the company to shutter the outspoken, pro-democracy Apple Daily, one of its main holdings. They write in the Wall Street Journal today:

The way the authorities undermined the functioning of equity markets, property rights and contracts is a warning for other companies that are publicly traded in Hong Kong or simply doing business there. . . .

Hong Kong’s Basic Law, the miniconstitution that governs the territory, promises that “Hong Kong residents shall have freedom of speech, of the press and of publication” and that no Hong Kong resident “shall be subjected to arbitrary or unlawful arrest, detention or imprisonment.” This story of what happened to Apple Daily is only partly about undermining the free press. It’s more broadly a warning of what can happen to any company operating in Hong Kong that the authorities claim committed some offense under the vague terms of the National Security Law….

There is sad irony in what happened to Apple Daily. Hong Kong was transformed from a barren rock to a world business and financial center by immigrants from mainland China, such as Mr. Lai, who flourished under the rule of law developed when Hong Kong was a British colony. The free flow of information enabled prosperity and broad freedom. Now, Hong Kong shares and bank accounts can be frozen on the order of a single official, destroying private enterprise as well as freedom.

The page opposite this op-ed in the Journal today, John Lee, the Hong Kong official who carried out the asset freezes that made it impossible for Apple Daily to pay its employees and keep the lights on, attempts to defend the decision on national-security grounds.

Lee concludes his letter with an incredible claim to calm worried executives’ nerves: “Hong Kong remains a secure, open and dynamic environment that welcomes investors and entrepreneurs around the world.”

That’s only true if you believe that your company and its employees have nothing at all to fear from a capricious Leninist party-state that watches any competing power center with jealousy, then acts with the disregard for rule of law that you’d expect from such a regime.

Next Digital is not the first supposed threat to China’s national security to be besieged in the aftermath of last year’s National Security Law, and it’s certainly not the last.