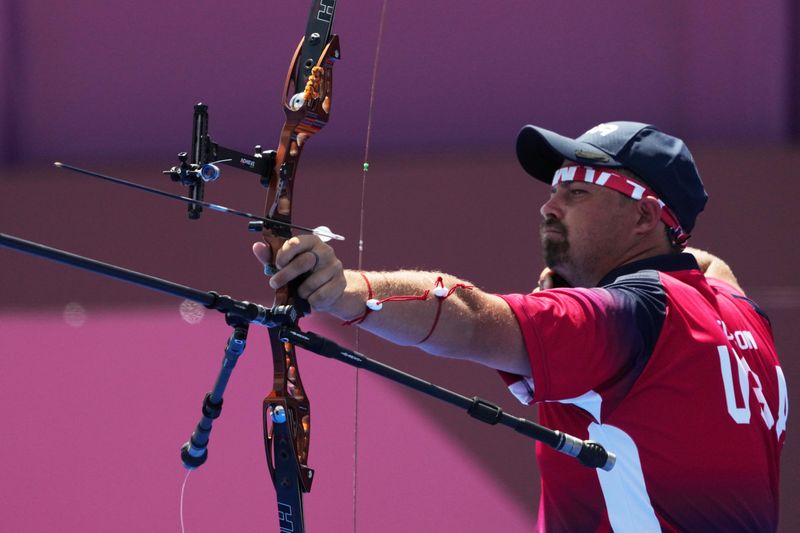 TOKYO (Reuters) – Two American archers said on Saturday they were free to choose whether or not they get vaccinated against COVID-19, after a U.S. Olympic swimming gold medal prospect who declined the vaccine was widely criticised on social media https://www.reuters.com/lifestyle/sports/swimming-us-comfortable-with-swimmers-compliance-after-vaccine-opt-out-2021-07-22.

“It’s one hundred percent a personal choice, and anyone that says otherwise is taking away people’s freedoms,” Brady Ellison, the world’s No.1 and one of the top medal hopes at Olympic archery, said on the competition sidelines.

“I said if they made it mandatory that I wouldn’t come,” said Ellison, who said he had and his wife had already had the coronavirus infection.

The U.S. Olympic team’s chief medical officer said on Friday 83% of nearly 600 U.S. athletes to submit health checks had received a COVID-19 shot, but the entire team would be treated as if unvaccinated.

Ellison’s team mate, Mackenzie Brown, said she was not vaccinated either.

“Getting a shot is something there hasn’t been enough testing in,” Brown said. “I would have opted out for the Games if I had to get the vaccine as well.”

Both archers said they were complying with coronavirus protocols, from wearing masks on the field to being testing every day.

Ellison, who is aiming for his first Olympic gold, said he tested himself regularly long before he came to Tokyo.

“I don’t feel like we’re a danger to society. I’ve been getting tested once or twice a week since April,” he said.