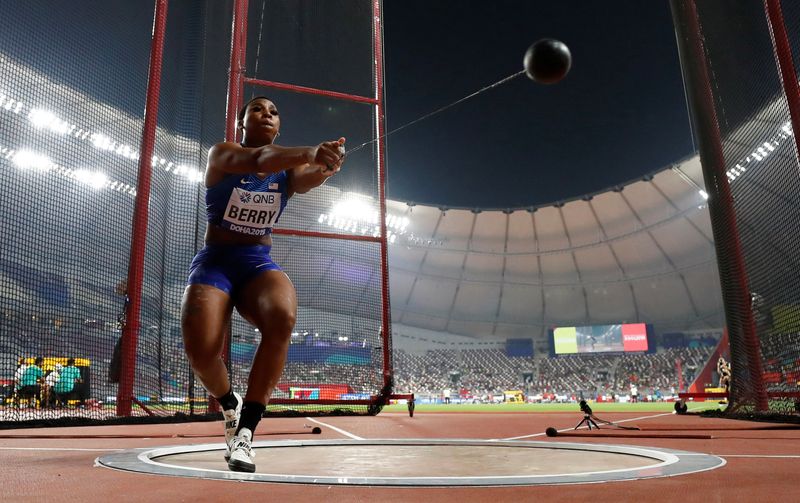 “I want to impact the world,” Berry, wearing an “Activist Athlete” T-shirt, told reporters after qualifying sixth for Saturday’s final at the U.S. Olympic trials in Eugene, Oregon.

“There are a lot of things going on that are bigger than sport. As athletes we can and should use our voices to bring awareness to issues that affect our communities.”

Berry did just that at the 2019 Pan American Games in Lima, raising her fist when the U.S. national anthem was played during her medal ceremony.

She was suspended for 12 months by the U.S. Olympic and Paralympic Committee (USOPC) because of International Olympic Committee rules that ban protests and demonstrations.

The USOPC in March, though, said that athletes competing in the U.S. Olympic trials can protest, including kneeling or raising a clenched fist on the podium or at the start line during the national anthem.

“Our communities are under attack,” said Berry, a 31-year-old mother. “I want to continue even after I’m a hammer thrower.”

Her protest came four days after world 200 metres champion Noah Lyles had raised his left fist that was enclosed in a fingerless glove before the start of the men’s 100m final.

“Black lives matter,” Lyles said. “I felt like it was important that I throw up some symbol. I’ve done it before and I’m going to continue to do it.”