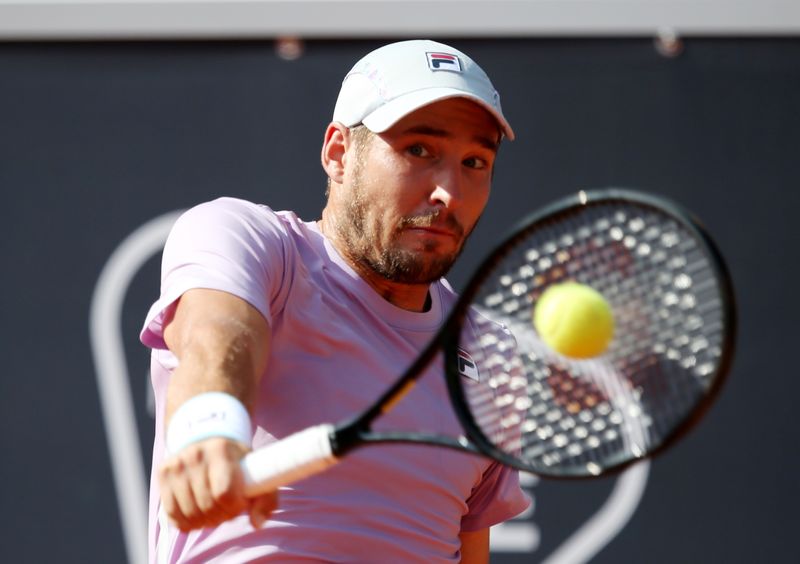 In his ATP Tour debut, Vit Kopriva of the Czech Republic rallied to upset Canadian top seed Denis Shapovalov 2-6, 6-3, 6-2 Thursday in the Round of 16 of the Swiss Open Gstaad.

Kopriva will advance to the quarterfinals to meet Sweden’s Mikael Ymer, who also won in upset fashion Thursday with a 6-7 (6), 7-6 (7), 6-4 victory over Spanish No. 8 seed Feliciano Lopez. Due to the two tiebreaks, the match lasted roughly 2 1/2 hours.

A pair of highly seeded Serbs advanced to the quarterfinals in Umag, Croatia.

Thursday’s results meant the top four seeds in Umag all reached the quarterfinals. Krajinovic will square off with Spanish No. 7 seed Carlos Alcaraz, who handled Slovakia’s Andrej Martin 6-3, 6-1.

Meanwhile, German qualifier Daniel Altmaier won his second straight in the main draw by beating No. 8 seed Gianluca Mager of Italy, 4-6, 6-1, 7-5. Altmaier will meet Lajovic in the quarters.

Norrie and Fritz will face off in the semifinals while Isner will play Brandon Nakashima of the United States, who outlasted fifth-seeded Jordan Thompson of Australia 6-3, 4-6, 7-6 (4).