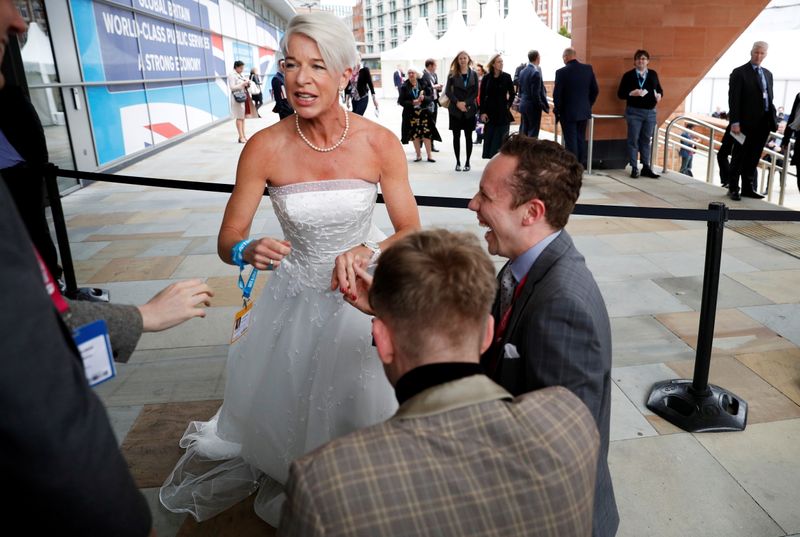 SYDNEY (Reuters) – The Australian government has ordered an immigration investigation into controversial British commentator Katie Hopkins after she was quoted boasting about breaching the country’s hotel quarantine rules on social media.

Hopkins flew into Sydney to appear on Seven Network Ltd reality television programme Big Brother VIP, according to Australian media, then posted a video on Instagram joking about answering the door naked and without a mask to people delivering meals while she was in hotel quarantine.

Under the rules of Australia’s mandatory two-week hotel quarantine for international arrivals to stop the spread of COVID-19, people must put on a mask before meals are delivered then wait 30 seconds to collect the food to avoid transmission.

The video was later removed from the image-sharing platform, but Australian lawmakers said they were investigating whether Hopkins’s visa should remain valid.

“It is despicable that anyone would behave in such a way that puts our health officials and community at risk,” said Home Affairs Minister Karen Andrews in a statement.

Andrews added that she had ordered Australian Border Force to “consider the facts of this matter and urgently review whether this individual is complying with the requirements of her visa.”

A Seven spokesman said in an email that Hopkins was not part of Big Brother VIP and that it strongly condemned “her irresponsible and reckless comments in hotel quarantine”.

Hopkins previously courted controversy for inflammatory anti-immigrant commentary, even earning criticism from the United Nations human rights chief, before leaving several British media outlets in 2017 amid public backlash. She has more recently used Instagram to question the seriousness of the pandemic and scale of government responses.[D-REUTERSNEWS-T003/I81b2d040ea8f11e4b762cbb02043125a]

Hopkins did not immediately respond to a Reuters email requesting comment.

New South Wales state police said in a statement that it was working with immigration authorities “to ascertain whether the visa to enter Australia provided to a 46-year-old woman from the United Kingdom remains valid,” without naming the person.

When asked about the case, Deputy Prime Minister Barnaby Joyce said he would have no problem deporting someone who flouted quarantine laws and reminded television viewers about his 2015 threat to euthanise actor Johnny Depp’s two dogs for biosecurity breaches. [D-REUTERSNEWS-T003/I5c1d6fd0f9d911e4a6dff105e13b5f11]

“If you want to do that, pack your bongo and get out of the country,” Joyce told the Australian Broadcasting Corp.