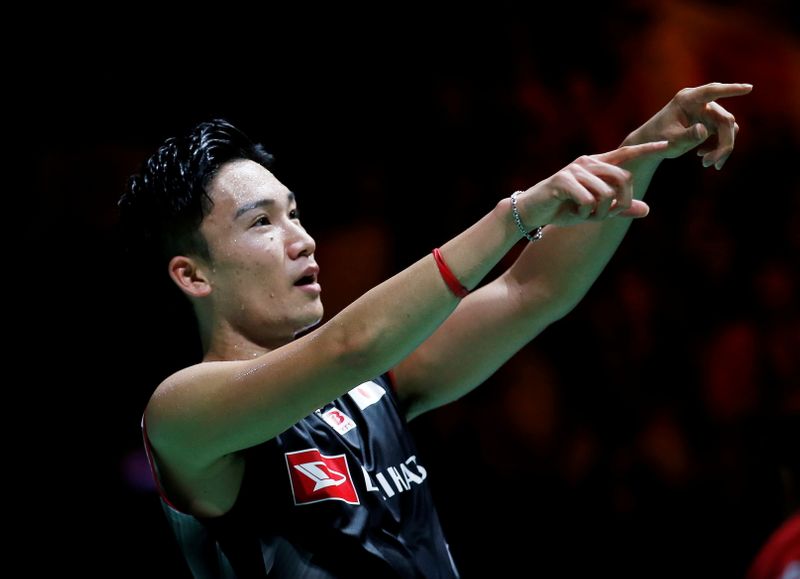 CHICAGO (Reuters) – For the first time in the history of Olympic badminton, Japan is heading into the Games in a position to challenge China’s longstanding dominance in the sport which was threatened at the last Games in Rio de Janeiro.

Led by men’s world no. 1 Kento Momota, Japan has nearly twice as many top-five players as China across all five tournament categories. In women’s doubles, the two top-ranked teams are Japanese – led by Yuki Fukushima and Sayaka Hirota – with China third on the list.

China has won 41 medals since badminton became an Olympic sport in 1992 – more than double the combined tally of Indonesia and South Korea, the second and third most successful teams.

But Japan and countries like Spain and Denmark started seriously challenging the status quo in Rio where China grabbed only two gold medals and a bronze – their lowest haul at an Olympics for 20 years.

Players from Indonesia, Denmark, South Korea, Thailand and Taiwan are high up the rankings going into the Games.

“Japan is coming on real strong right now but there are other countries that are also getting stronger and kind of taking China’s dominance away,” said Steve Kearney, director of USA Para-Badminton.

That has left a vacuum in the men’s singles category Lin had dominated since 2008. Momota and Denmark’s Viktor Axelsen are leading contenders to win the gold medal, with China’s Chen Long sixth in the world rankings.

“I think China is really, really dominant, especially in the mixed levels – they have the two best players in the world,” said Danish coach Steen Schleicher Pedersen.

Uncertainty caused by the coronavirus pandemic could also have skewed rankings, given that China was unable to compete in several key tournaments.

“We don’t know how well players will cope with the pressure; we don’t know how good they are because many games were cancelled,” said Denmark’s Morten Frost, who has coached several national teams and was men’s singles world champion for seven years in the 1980s.

“That makes it exciting.”