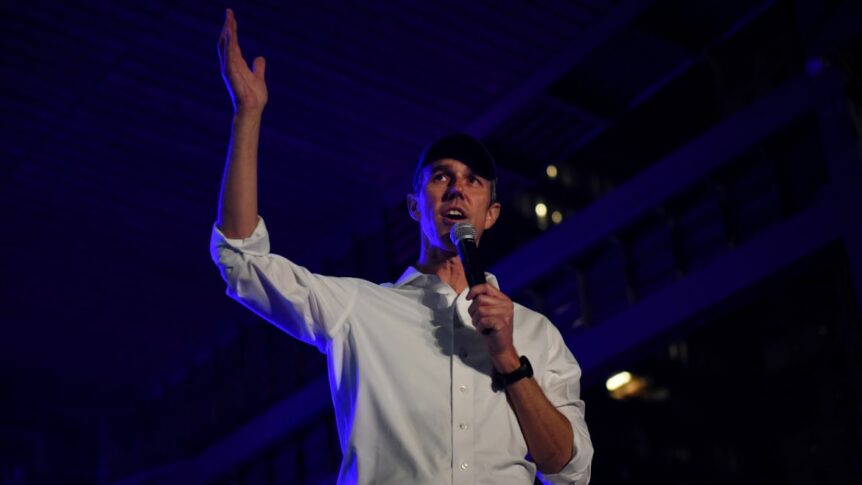 Beto O’Rourke hit back at a heckler who laughed out loud Wednesday as the Texas gubernatorial candidate discussed the Uvalde school massacre.

O’Rourke was speaking to a crowd at a town hall in Mineral Wells during his 49-day tour of Texas when he began discussing the recent mass shooting that killed 19 children and two teachers.

“I’m going to make sure that now, 11 weeks since we lost 19 kids and their two teachers, shot to death with a weapon originally designed for use in combat, legally purchased by an 18-year-old who did not try to obtain one when he was 16 or 17 but followed the law that’s on the books, ladies and gentleman, that says that you can buy not one, you can buy two or more if you want to, AR-15s, hundreds of rounds of ammunition, and take that weapon that was originally designed for use on the battlefields in Vietnam to penetrate an enemy soldier’s helmet at 500 feet and knock him down dead…”