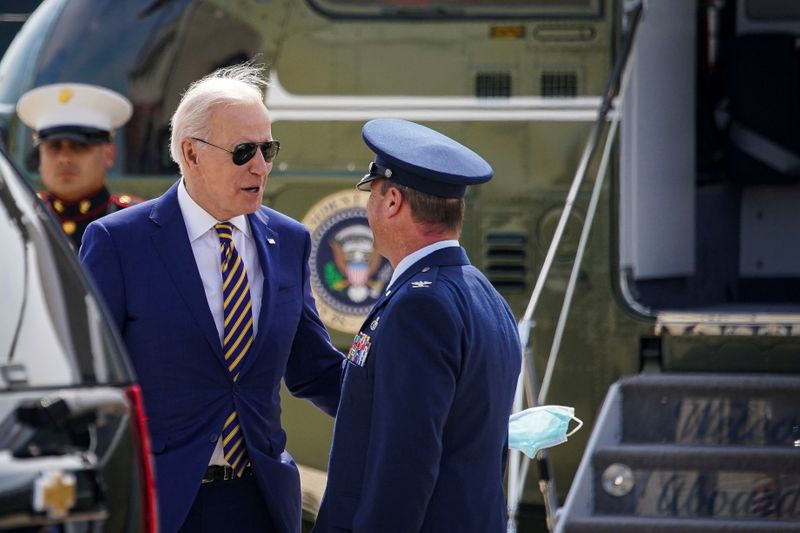 FILE PHOTO: U.S. President Joe Biden greets a member of the U.S. Air Force as he arrives for a weekend trip to his home in Wilmington at Delaware Air National Guard Base in New Castle, Delaware, U.S., June 18, 2021. REUTERS/Al Drago

“President Rivlin’s visit will highlight the enduring partnership between the United States and Israel and the deep ties between our governments and our people,” White House spokeswoman Jen Psaki said in a statement.

Rivlin will visit shortly before he is due to end his seven-year term in July.

Isaac Herzog was elected the country’s new president this month in elections that marked the end of the era of Prime Minister Benjamin Netanyahu era in Israel.

The role of president is largely ceremonial but also meant to promote unity among ethnic and religious groups.

The government changed after last month’s fighting between Israel and Palestinian militants in Gaza also touched off rare mob violence among the Jewish majority and Arab minority within Israeli cities.

“President Rivlin approaches the end of his term, this visit will honor the dedication he has shown to strengthening the friendship between the two countries over the course of many years,” Psaki said.