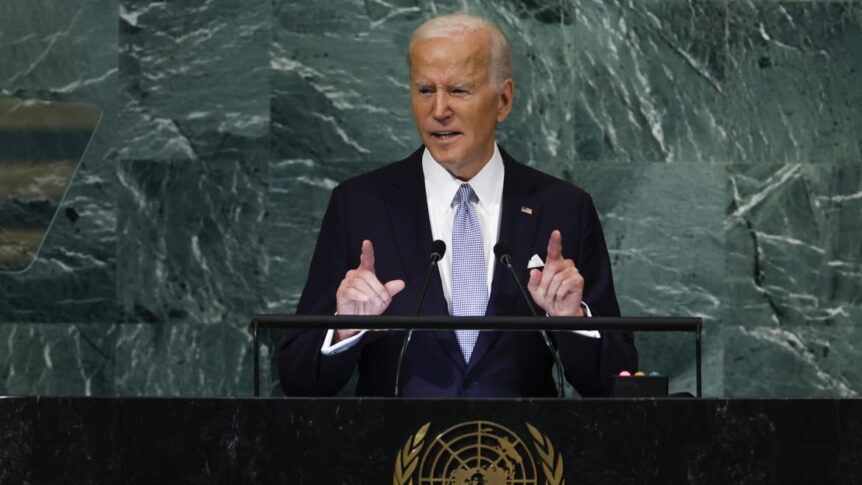 President Joe Biden lambasted Russian President Vladimir Putin for his war in Ukraine in a speech before the United Nations General Assembly Wednesday, calling out Russia for trying to “erase” and “extinguish” Ukraine in the war in remarks that were tailored to respond to Putin’s threats to unleash nuclear annihilation if provoked.

“That should make your blood run cold,” Biden said in remarks that were re-written in the final hour to respond to Putin’s overnight declaration that Russia would institute a “partial mobilization” of its military reserves, an announcement that came with apparent threats to use nuclear weapons.

“No one threatened Russia and no one other than Russia sought conflict,” Biden said, condemning Putin’s actions as undermining the founding ideals of the United Nations. “If nations can pursue their imperial ambitions without consequences, then we put at risk everything this very institution stands for.”