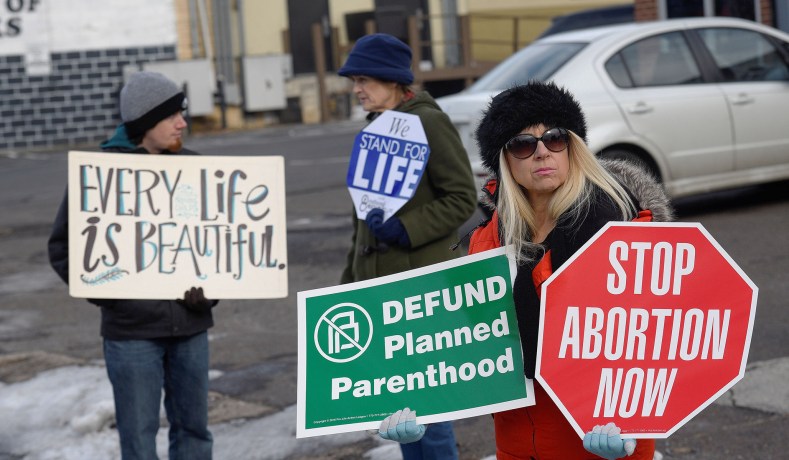 In the Spring 2021 issue of the Human Life Review, I have a long article chronicling the legal persecution that pro-life activists have faced for exposing the abortion industry’s involvement in illegal fetal-tissue trafficking.

As we’ve covered extensively here at National Review, pro-life whistleblower David Daleiden and his Center for Medical Progress in 2015 released video footage from an undercover investigation, revealing rampant wrongdoing among abortion providers who have profited from the body parts of aborted babies.

In Daleiden’s footage, abortion-industry workers, including executives at Planned Parenthood, admitted to selling organs and tissue from aborted babies for research — violating several federal and state laws in the process.

Even though subsequent congressional investigations turned up evidence confirming what Daleiden captured on video, he and his group have been the only ones to face any significant consequences. Since 2015, he has been embroiled in several costly lawsuits, including from the National Abortion Federation, Planned Parenthood, and the state of California, seeking to punish him and suppress his footage.

Here’s a bit more from my article:

Posing as a potential fetal-tissue buyer, Daleiden had captured video evidence suggesting that prominent abortionists, Planned Parenthood executives, and biotechnology companies were engaged in a systematic campaign to profit from the body parts of aborted babies, in violation of state and federal laws.

Nearly six years later, despite congressional investigations confirming much of what he had exposed, Daleiden and his team have been the only ones to face serious legal repercussions. Ever since Daleiden began to show the public what he had discovered, abortion organizations and their political allies have targeted him, bringing the force of law against him for having dared to expose the wrongdoing of malefactors in the abortion industry.

The explanations for that injustice rest primarily on the fact that abortion organizations possess immense financial resources, which they wield to obscure evidence of their unsavory practices and illegal activity. They rely heavily on assistance from legal and political actors who support abortion and who use their power to protect abortion providers from consequences. They have come to expect favorable, kid-glove coverage from legacy media outlets determined to demonize prolifers and ignore the truth about abortion and the grisly industry that sustains it.

As a result, Daleiden and his allies have spent years fighting in court to keep his videos available and to keep him out of jail, while the abortion purveyors whose corruption he revealed have skated by mostly unscathed. Due in large part to the gruesomeness of the footage, the release of the CMP videos in 2015 received a great deal of initial attention. But Planned Parenthood executives immediately rolled out a public-relations campaign to defend the group’s image, and media allies mounted an enormous effort to defend Planned Parenthood and discredit Daleiden.

By the time lengthy congressional investigations confirmed that Planned Parenthood and others involved in fetal-tissue trafficking appeared to have flouted numerous significant laws, the news cycle and the public had, for the most part, lost interest. Daleiden was left to face the wrath of those whose nefarious dealings and grave legal violations he had so graphically exposed—and his fight for justice continues to this day.

Consider, in contrast to this injustice, the way our legal system tends to reward other sorts of whistleblowers, such as animal-rights activists who go undercover to film mistreatment of animals at factory farms. Those undercover investigators rarely face significant legal repercussions but instead typically succeed in bringing about consequences for those whose illegal activity they exposed.

Had Daleiden gone undercover to expose any other kind of criminal wrongdoing, he would be celebrated as a national hero. Instead, because he dared to challenge the abortion industry, he has spent half a decade fighting to stay out of jail and avoid crushing legal fines for the crime of revealing to the public the evil of the abortion industry and the corruption of its political and media allies.