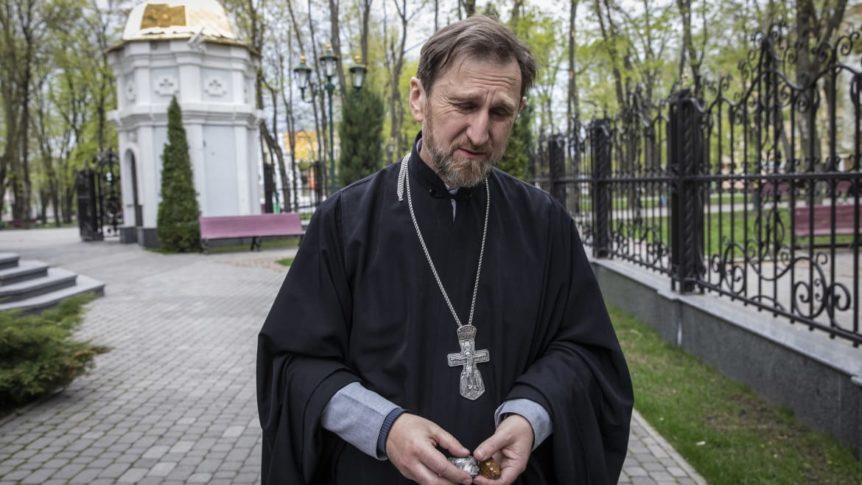 KHARKIV, Ukraine—The spring flowers have begun to bloom in the center of Kharkiv’s Shevchenko City Gardens, but there is no one around to see them. Instead, the streets are empty and a deathly silence hangs over what was once a crowded city of 1.5 million people, punctuated only by the regular sounds of artillery fire. On my first night in the city, I was jolted awake at 6 a.m. by the sound of shelling. I could hear explosions at least every minute for the next hour and a half. Several were close enough to make the windows of our flat vibrate. Later in the day, we could see men cleaning up rubble a few blocks down from where we had slept.

“Why would we want to go outside when every step is a lottery with our lives!” Nastya, a 23-year-old metro station attendant, told The Daily Beast. (Due to the tense security situation many residents were uncomfortable giving last names.) Like most Kharkivites, she rarely ventures outside. “We originally divided the city into dangerous areas like the center and the east of the city near the Russian lines and the other areas we considered safer.” But last week, she says, she went to visit her family in a formerly untouched area of Kharkiv. “As soon as I got there, they started shelling it!,” she said. “Now nowhere in the city is safe.”

A Ukrainian soldier who has been fighting on the frontlines told The Daily Beast that when the war started, “they came up to the gates expecting people to just run around in despair as soon as they entered the city. But they didn’t. Instead, they fought back.” The unprepared and ill-equipped Russian force was swiftly repelled from the city proper. So, the Russians gave up on trying to capture Kharkiv. Instead, they have been sitting back from dug-in positions as close as 10 miles from the city and subjecting it to one of the most ruthless bombardments of a European city since World War II. If they can’t have the city, they want to make life here so unbearable that it’s uninhabitable. Thousands of buildings have been wrecked and many residents of the city lack most essentials. As one resident put it, “it is a slow-motion Mariupol.”