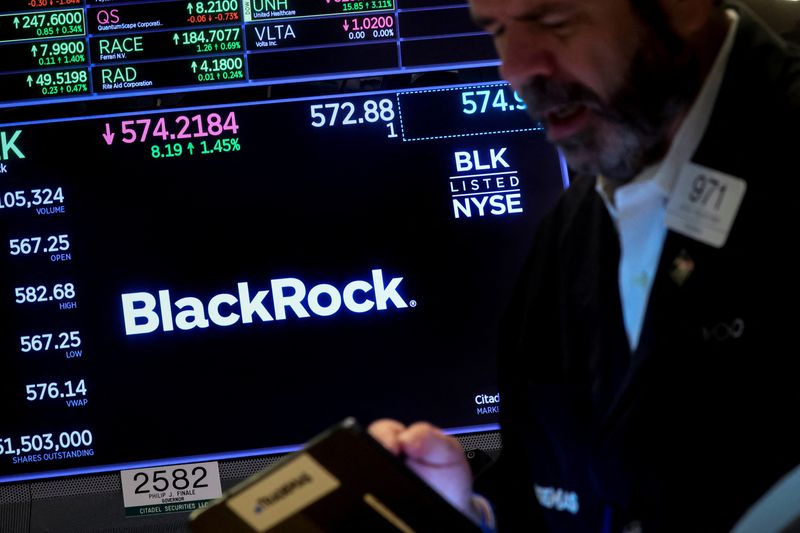 (Reuters) -Blackrock Inc has put off the launch of an exchange traded fund (ETF) that invests in Chinese bonds, amid growing tension between Washington and Beijing, the Financial Times said on Saturday.

The world’s largest money manager has “indefinitely” shelved the ETF, the newspaper said, citing people familiar with the decision.

According to one of the people, the move was made in part because of concerns about a backlash in Washington against bankrolling the Chinese government with U.S. capital, the report said.

Reuters had reported earlier in April that BlackRock was planning to launch its first product in China’s $220 billion onshore ETF market later this year and had started hiring staff accordingly.

The first Blackrock ETF product was scheduled for the fourth quarter, Reuters reported, which would add to 6.8 billion yuan ($1.07 billion) worth of assets the company manages through two mutual funds with investments in Chinese and Hong Kong stocks.

Investment firm Tiger Global also paused investing in Chinese equities, as it reassessed its exposure to the country after President Xi Jinping’s cemented his grip on power, the Wall Street Journal reported earlier this month.

(Reporting by Rhea Binoy in Bengaluru; Editing by Sandra Maler)