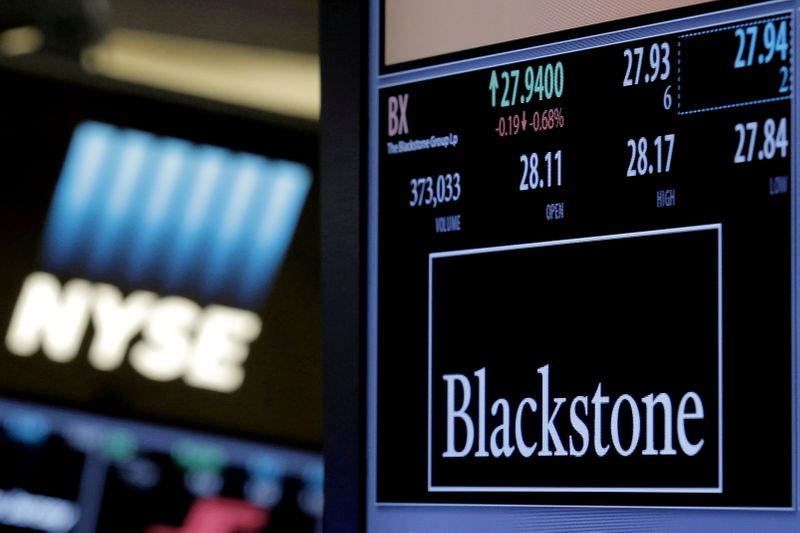 FILE PHOTO: The ticker and trading information for Blackstone Group is displayed at the post where it is traded on the floor of the New York Stock Exchange (NYSE) April 4, 2016. REUTERS/Brendan McDermid/File Photo

The 560 pence per share cash offer for St. Modwen is the final offer, the companies said, adding that Blackstone could make another proposal if another suitor for St. Modwen emerged.

Last month, Blackstone put forward a 542 pence per share takeover proposal, after the U.S.-based company had made a series of overtures to the British real estate developer.

The latest offer is at a premium of about 25% to St. Modwen’s closing price the day before the first offer was made in May. The company builds homes, owns and manages several industrial and logistics assets in Britain.

(Reporting by Pushkala Aripaka in Bengaluru; Editing by Shounak Dasgupta)