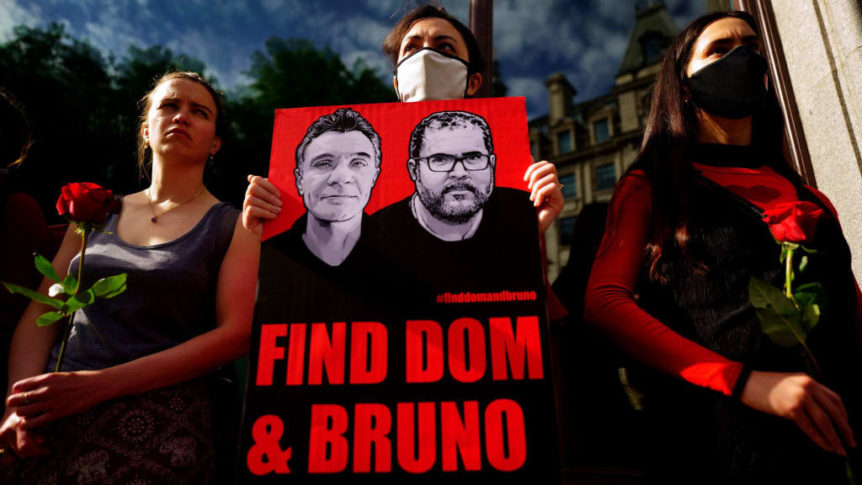 The bodies of missing British journalist Dom Phillips and Brazilian indigenous expert Bruno Pereira have been found in Brazil, according to a report in Brazilian outlet G1, quoting Phillips’ wife.

A separate report in The Guardian quoting Phillips’ brother-in-law, Paul Sherwood, said local authorities had discovered two as yet unidentified bodies “tied to a tree” in the Amazon rainforest during a manhunt for the missing pair.

Authorities are yet to confirm that the bodies of Phillips and Pereira have been found. On Saturday, belongings for both men including an identifying document and items of clothing were discovered during a search in the Javari region. The men—who disappeared a week ago while returning from a four-day reporting excursion in a remote area near the border with Peru and Colombia— were last seen alive on June 5.