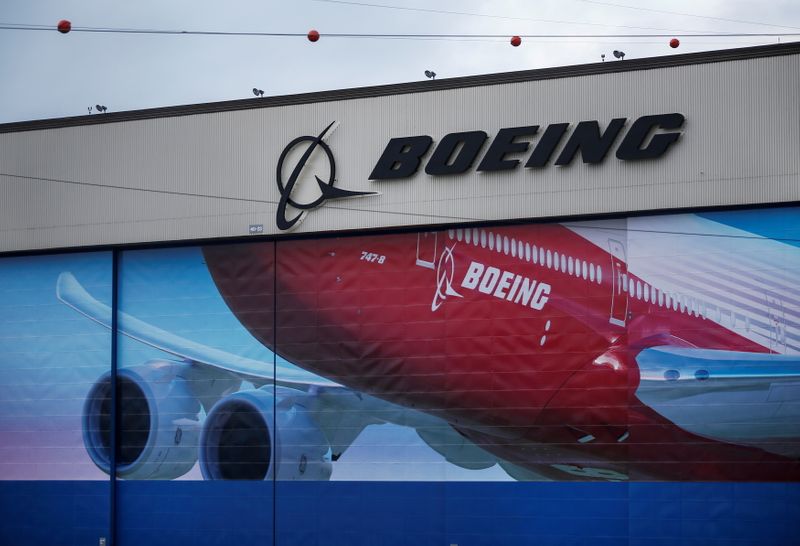 (Reuters) -Boeing Co on Wednesday posted its first quarterly profit in almost two years, as deliveries of its best-selling 737 MAX jets to airlines gained traction amid a sharp rebound in travel bookings following an increase in global COVID-19 vaccinations.

The 737 MAX is integral to Boeing’s financial recovery, as the U.S. planemaker scrambles to recoup billions of dollars in lost sales from the pandemic, push past the safety scandal caused by two fatal 737 MAX crashes, and deal with structural defects of its bigger, more profitable 787 planes.

Boeing shares were up 3.8% in premarket trading following the results.

Chief Executive Officer David Calhoun said the company now plans to keep staffing levels stable at around 140,000 employees, after previously targeting a reduction to 130,000 by the end of 2021.

While he sounded a note of optimism as U.S. domestic travel returns quicker than expected, Boeing’s 737 MAX remains grounded in China, where trade tensions between Washington and Beijing have stunted sales, and it faces tougher regulatory scrutiny and weak demand for its delayed 777X mini-jumbo.

Boeing is also working through costly repairs and forensic inspections to fix production-related defects on its 787 program.

It reiterated plans to cut 787 production to an unspecified rate lower than 5 jets per month after finding a new problem, first reported by Reuters, and to deliver fewer than half of the lingering 100 or so 787 Dreamliners in its inventory this year – instead of the “vast majority” it had expected.

Boeing said it has delivered more than 130 737 MAXs since a safety ban on that jet was lifted in November 2020, and that it was building 16 737 MAX jets per month at its Seattle-area factory. It aims to increase output to 31 per month by early 2022.

“Today could be seen as a tactical victory for Boeing, but the strategic challenges remain,” Vertical Research Partners analyst Rob Stallard said in a client note.

Looking to build momentum, Boeing is preparing to launch its delayed CST-100 Starliner astronaut capsule to the International Space Station on Friday in a crucial do-over test following a near “catastrophic failure” during its 2019 debut.

Boeing’s core operating profit was $755 million in the second quarter ended June 30, compared with a loss of $3.32 billion a year earlier.

Analysts had on average expected Boeing to report a quarterly loss of $454.8 million on revenue of $16.54 billion, IBES data from Refinitiv showed.

(Reporting by Eric M. Johnson in Seattle and Ankit Ajmera in Bengaluru; editing by David Holmes and Jason Neely)