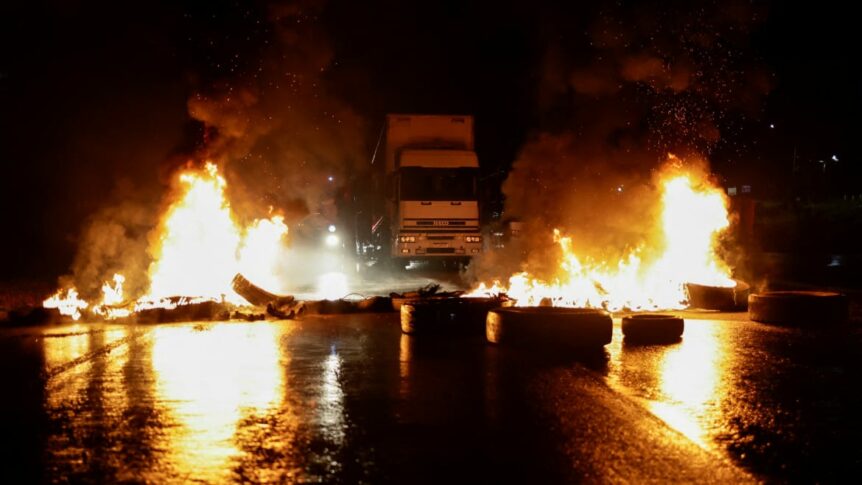 Supporters of Brazilian President Jair Bolsonaro are protesting their idol’s election defeat with hundreds of roadblocks which threaten to plunge the country into chaos.

The populist rightwinger has yet to concede the election since the unprecedentedly close result was announced Sunday, with leftist former President Luiz Inacio Lula da Silva winning by just 1.8 percentage points. With fears mounting that Bolsonaro could take a leaf from the playbook of his close ally, Donald Trump, and refuse to accept the result, truckers loyal to the incumbent have taken matters into their own hands.

Roadblocks and protests demanding a military coup to stop Lula being certified as president have erupted in all but two Brazilian states, according to reports. Brazil’s federal highway police said over 300 protests had partially or completely shut down roads around the country, while authorities in the capital Brasilia closed traffic access to the central government esplanade amid fears that Bolsonaro’s supporters were planning to stage a demonstration in front of the Supreme Court, which they perceive as having given Lula favorable treatment.