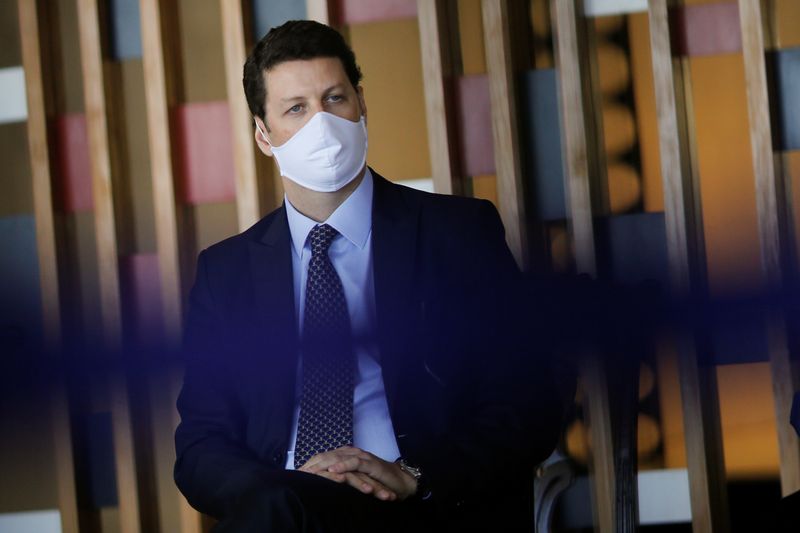 BRASILIA (Reuters) – A Brazilian Supreme Court justice on Friday revoked the passport of former Environment Minister Ricardo Salles, who stepped down earlier this week amid an investigation into his alleged role in allowing illegal exports of timber from the Amazon rainforest.

Justice Carmen Lucia said in a ruling that Salles was barred from leaving the country after federal prosecutors entered a motion that he be considered a flight risk. The former minister was given 24 hours to hand over his passport to police, according to court documents.

Salles could not immediately be reached for comment. The former minister has denied any wrongdoing.

In May, federal police disclosed that Salles and several other government officials were under investigation for allegations of possible corruption and other crimes in allowing illegal logged Amazon rainforest wood to be exported to the United States and Europe.

Earlier this month, Lucia also launched an investigation into whether Salles had obstructed the police logging probe.

Salles resigned on Wednesday, saying he wanted to allow for Brazil’s international and domestic agenda to be carried out as smoothly as possible.

Deforestation in Brazil’s Amazon surged during Salles’ tenure, hitting a 12-year high in 2020 with an area seven times the size of London destroyed.