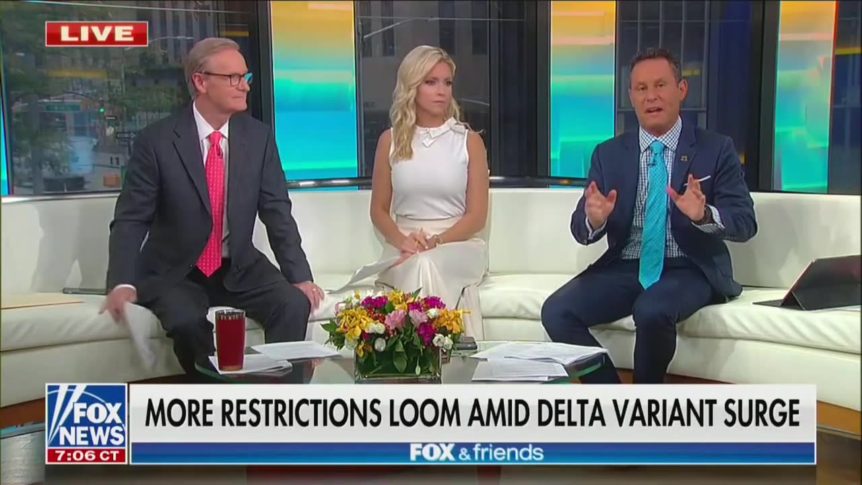 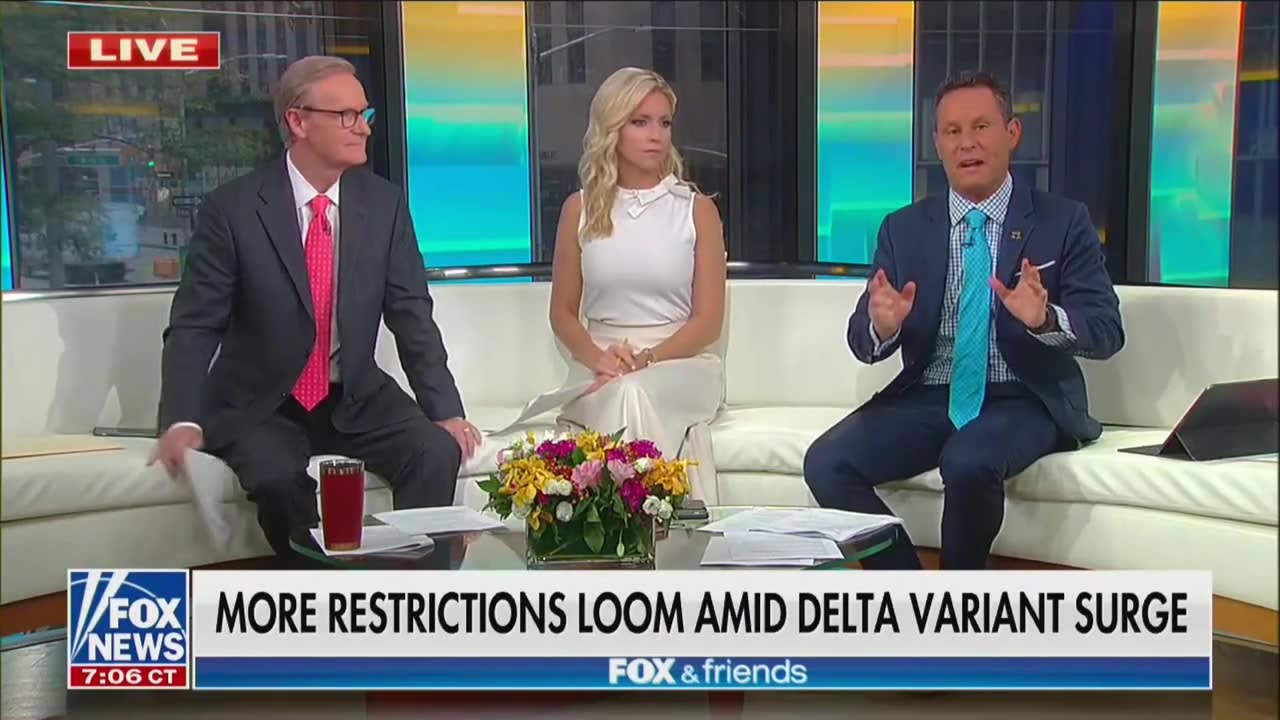 Fox & Friends co-host Brian Kilmeade stepped all over his colleague’s pro-vaccine message on Monday morning, declaring that it’s Americans’ “choice” to die from COVID-19 while insisting that it isn’t the government’s job to “protect anybody” from the virus.

Fox News has come under intense fire recently over the anti-vaccine rhetoric emanating from its most visible stars, with critics outright blaming the news network for the low vaccination rates in GOP-dominated states and counties that have led to a resurgence of coronavirus cases and hospitalizations.

With unvaccinated people accounting for over 99 percent of recent COVID-19 deaths and 97 percent of hospitalizations, Fox & Friends co-host Steve Doocy attempted a bit of counterprogramming on Monday morning, imploring viewers to get their shots because “it will save your life.”

Noting that public-health experts have said the pandemic is now just among the unvaccinated, Doocy would go on and defend the White House’s effort to convince the vaccine-hesitant to get immunized, stating that they are trying to “make sure that all of the people who have not been vaccinated get vaccinated.”

Doocy also seemingly sided with the White House in its battle with Facebook and tech giants over misinformation and anti-vaccine content that’s become prevalent on social media, adding that the Biden administration has become “very frustrated” that Facebook hasn’t been able to “get rid of some of the disinformation.” (Conservatives have accused the White House of censorship and even “spying” over its criticism of Facebook’s management of false coronavirus claims.)

While Doocy attempted to be the voice of reason on Monday, Kilmeade—who recently groused that the “focus of this administration on vaccination is mind-boggling”—repeatedly took issue with the government’s attempts to protect and educate Americans during a pandemic.

Complaining about certain cities reimposing indoor mask mandates amid the jump in cases, Kilmeade claimed this will come to “every liberal city near you” before suggesting it shows the vaccine isn’t effective.

“Now they’re gonna say the vaccine must not be effective because now they want you to wear a mask everywhere because there might be somebody, according to Anthony Fauci, immunocompromised around you,” he fumed. “So you should alter your lifestyle, especially if you’re 6 or 7 years old. Put a mask on. Fantastic.”

“Guess what? But listen, if you didn’t get a vaccination, that’s your choice, but if you did, like I did and they did and maybe you did, then you should not wear a mask,” he said. “And if you did and if you want to go cliff diving this weekend, you don’t have to check with me.”

After Doocy pointed out that 99 percent of people who are dying from COVID-19 are unvaccinated, Kilmeade once again shouted that it’s their personal choice.

“They don’t wanna die. So the administration and the government is saying we need the mask mandate to protect the unvaccinated,” Doocy sighed, prompting his colleague to curiously argue that the government has no role in protecting its population.