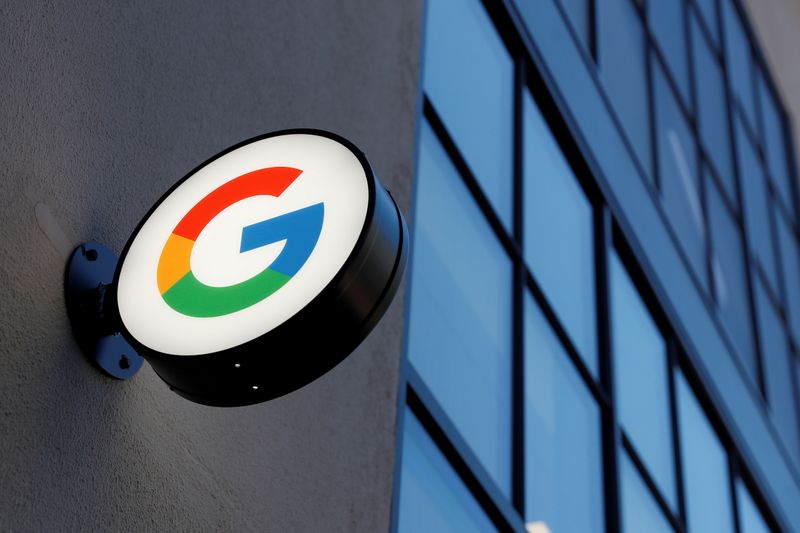 A sign is seen at the entrance to the Google retail store in the Chelsea neighborhood of New York City, U.S., June 17, 2021. REUTERS/Shannon Stapleton/File Photo

(Reuters) -Britain’s competition regulator started a formal investigation on Friday into whether Amazon and Google may not have done enough to prevent or remove fake reviews.

The Competition and Markets Authority (CMA) said it will gather more information to decide if the firms may have broken consumer law by taking insufficient action to protect shoppers.

An initial CMA investigation, which opened in May 2020, had assessed the internal systems and processes of several platforms for identifying and dealing with fake reviews.

The regulator said it was also concerned that Amazon’s systems had failed adequately to prevent and deter some sellers from manipulating product listings, through for example co-opting positive reviews from other products.

“Our worry is that millions of online shoppers could be misled by reading fake reviews and then spending their money based on those recommendations,” CMA Chief Executive Andrea Coscelli said in a statement.

“Equally, it’s simply not fair if some businesses can fake 5-star reviews to give their products or services the most prominence, while law-abiding businesses lose out.”

Last year action taken by the CMA over the trading of fake reviews resulted in Facebook, Instagram and eBay removing groups and banning individuals for buying and selling fake reviews on their sites.

The CMA said it has not reached a view on whether Amazon and Alphabet’s Google have broken the law.

However, if it concludes they have broken consumer protection law, it can take enforcement action ranging from securing formal commitments to change the way they deal with fake reviews or escalating to court action.

Amazon said it will continue to assist the CMA with its enquiries.

“We are relentless in protecting our store and will take action to stop fake reviews regardless of the size or location of those who attempt this abuse,” said a spokesperson.

Google did not immediately respond to a request for comment.

(Reporting by James Davey in London and Yadarisa Shabong in Bengaluru; Editing by Aditya Soni and Alexander Smith)