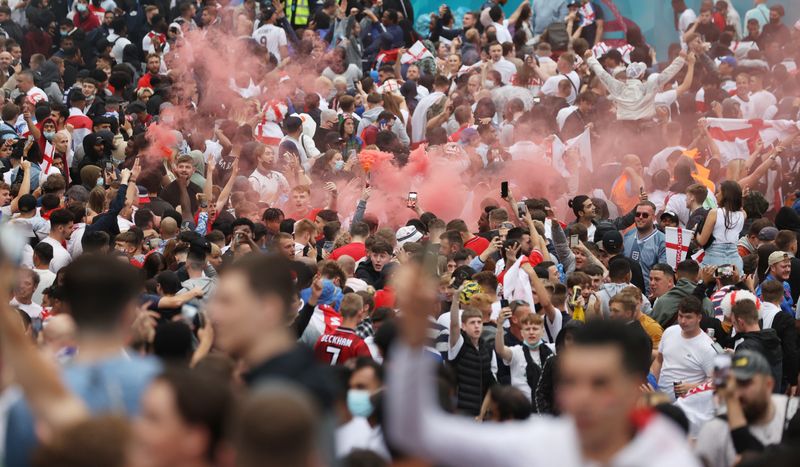 (Reuters) – British ministers have called for independent oversight of a Football Association (FA) review of security failings at Wembley after violence and disorder at the Euro 2020 final between Italy and England, The Times newspaper reported https://bit.ly/3Bk0MP6.

The final, which Italy won in a penalty shootout, was marred by clashes between fans and officials in and around the stadium.

The Met Police had urged fans not to travel to Wembley if they did not have a ticket. However, several fans breached security cordons and charged into the perimeter area of Wembley before kickoff on July 11.

(Reporting by Kanishka Singh in Bengaluru; Editing by Christopher Cushing)