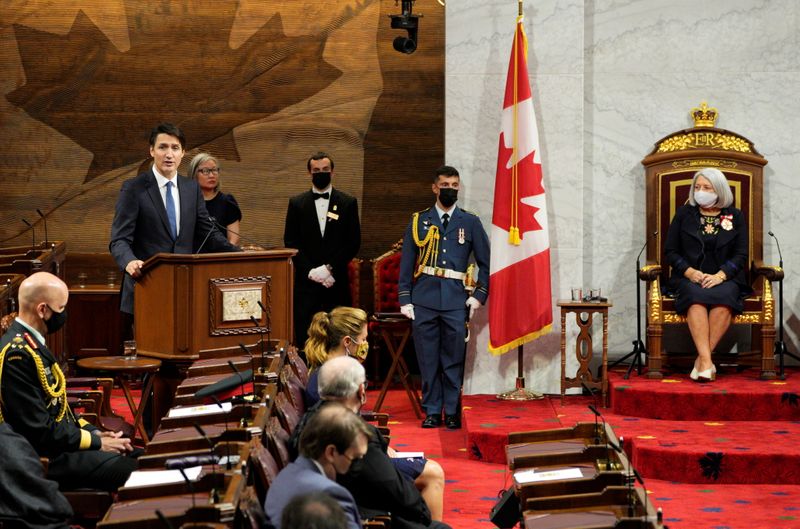 OTTAWA (Reuters) – Canada installed an indigenous woman as its governor general on Monday, the first such person to hold the post, in an elaborate ceremony that spotlighted the country’s effort to reconcile with its colonial past.

Prime Minister Justin Trudeau named Mary Simon – a former journalist, ambassador, and Inuit community advocate – to serve as the representative in Canada of its head of state, Queen Elizabeth, earlier this month.

Simon is the first indigenous person to take on the role, created more than 400 years ago to represent the colonial power on North American soil. The change comes as Canada grapples with the legacy of its treatment of indigenous people.

“We need people like Ms. Simon because we need people who build bridges and bring us together,” Trudeau said at the ceremony.

Since May, hundreds of unmarked graves of children have been discovered at former “residential schools,” run for indigenous children forcibly separated from their families in what a Truth and Reconciliation Commission has called “cultural genocide.”

“I have heard from Canadians who describe a renewed sense of possibility for our country and hope that I can bring people together,” Simon, 73, said after being installed.

The ceremony, broadcast by the Canadian Broadcasting Corp also in Simon’s native Inuktitut language, was scaled back and masks were worn due to COVID-19. A drummer accompanied her entry into the Senate where she took an oath.

The governor general performs functions such as swearing in governments and formally signing legislation, but is also the commander in chief of the military and can summon or dissolve Parliament.