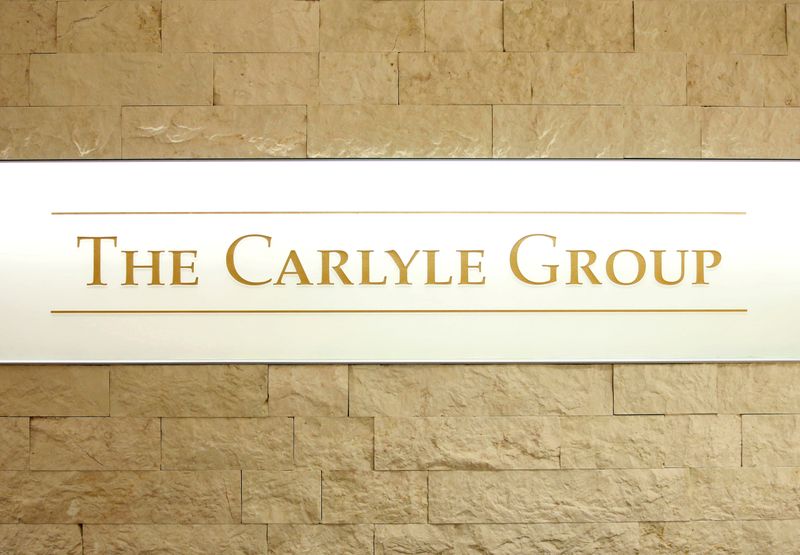 FILE PHOTO: The logo of the Carlyle Group is displayed at the company’s office in Tokyo, Japan October 17, 2018. REUTERS/Issei Kato

(Reuters) – Private equity firm Carlyle Group Inc is looking to raise as much as $27 billion for its latest flagship fund, Bloomberg News reported on Thursday.

The firm is in discussions with investors about the size of the fund, according to the report, citing people familiar with the matter. (https://bloom.bg/3hXOVi2)

The fund would be 46% larger than its previous flagship pool from 2018, Bloomberg News said.

Private equity firms in general are amassing huge sums from investors, giving them a chance to look into fresh deals and acquisitions amid soaring valuations of target companies.

PE firm Hellman & Friedman said last Thursday it had closed a $24.4 billion fund, its largest ever.

KKR & Co raised $18.5 billion in May and Bain Capital secured $11.8 billion in April from outside investors and employees for their flagship North American buyout funds.

(Reporting by Sabahatjahan Contractor in Bengaluru)