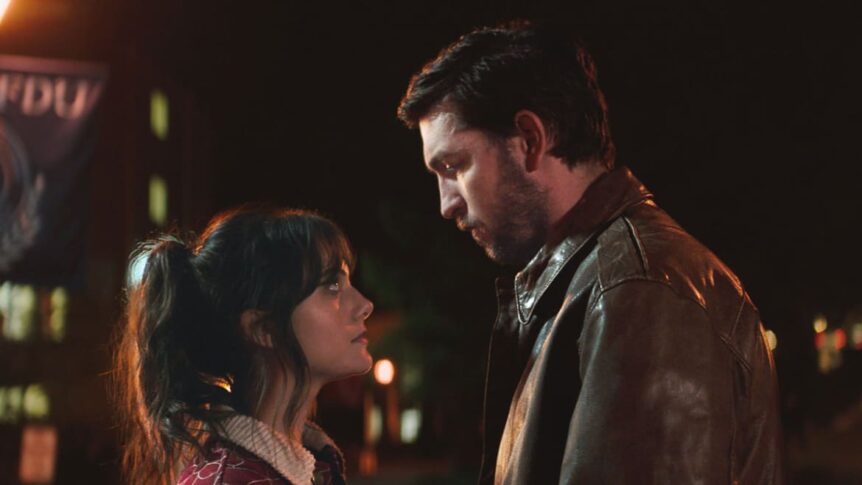 When Robert walks into a movie theater in a college town, Margot, who’s working the concession stand, clocks him as he approaches the register. He “looks like the best friend in an Apatow movie,” she texts her friend, Taylor, smiling at her cleverness. “So tall, dark, and…problematic?” Taylor replies.

From the start, Cat Person is pleased with itself, telegraphing the obviousness of the broad, foreshadowing, and often patronizing supplemental material that the film adds, ruining almost anything that was interesting about its source material.

The frustrating thing is that Cat Person really should have and could have worked. It’s based on the 2017 short story written by Kristen Roupenian that appeared in The New Yorker, before turning social media, the blogosphere, the literary world, group texts, brunches, and toxic internet forums into a flaming inferno of discourse. When the firehose would finally extinguish one debate, it would blaze on to another area of the zeitgeist and wreak havoc again.