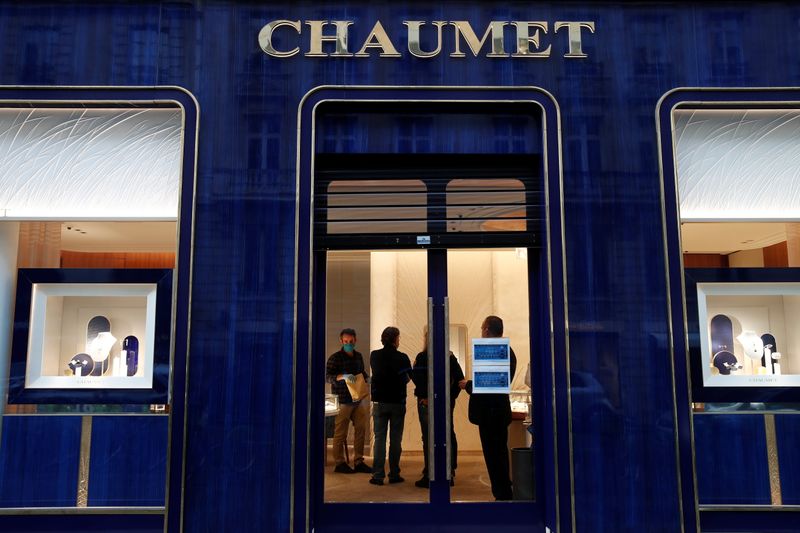 Police investigators work inside Chaumet jewelry store that was targeted by a robbery in Paris, France July 27, 2021. REUTERS/Benoit Tessier

PARIS (Reuters) – A Chaumet jewellery store close to the Champs-Elysee avenue in central Paris was targeted by an armed robbery on Tuesday, the Paris prosecutors’ office said, with almost 2 million euros ($2.37 million) worth of goods stolen, according to reports.

Le Parisien newspaper said a man arrived at the store on a stand-up scooter, and brandished a weapon inside the store during opening hours in the late afternoon, before fleeing again on the two-wheeler.

The prosecutor’s office said it had opened an investigation. It did not confirm initial estimates of the loot.

Chaumet, one of the France’s oldest jewellery brands and which is owned by luxury goods conglomerate LVMH, could not immediately be reached for comment. ($1 = 0.8450 euros)