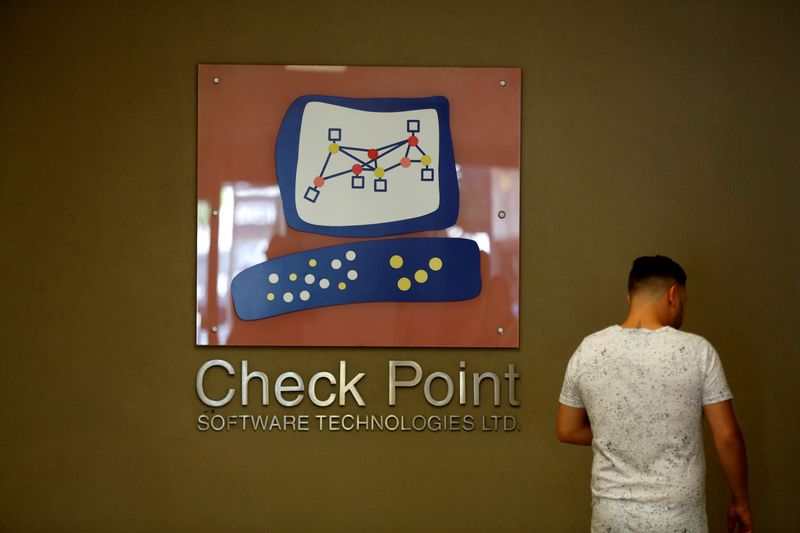 FILE PHOTO: A man stands next to the logo of Check Point Software Technologies at its headquarters in Tel Aviv, Israel, August 14, 2016. REUTERS/Baz Ratner

“More than 1,200 organisations are hurt each week by ransomware attacks. We see the highest increase in Latin America and Europe, but we see an increase everywhere,” Shwed told a news conference.

To combat the trend the company has combined its technologies that help protect cloud storage systems and corporate and home networks into one suite called Infinity, which Shwed said saw triple-digit quarterly sales growth.

The Israel-based company said it earned $1.61 perdiluted share excluding one-time items in the quarter, upfrom $1.58 a year earlier. Revenue grew 4% to $526 million, withthe company on its way to top $2 billion for a second straightyear. It was forecast to earn $1.56 a share on revenue of $523.8million, according to I/B/E/S data from Refinitiv.

The company said it bought back 2.7 million shares in thequarter worth $325 million as part of its share repurchaseprogramme.