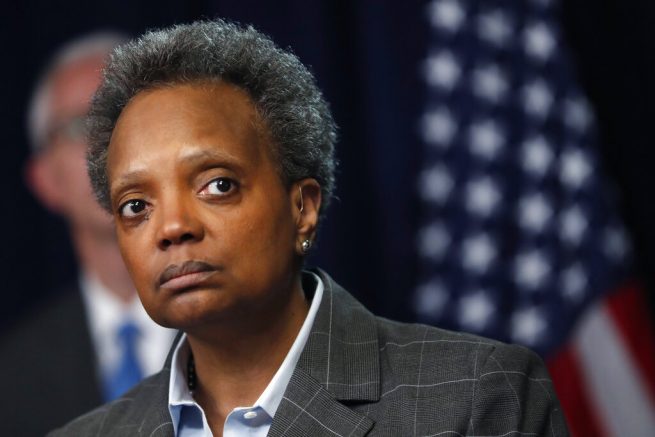 Chicago Mayor Lori Lightfoot is being sued by a white reporter. On Thursday, the Daily Caller’s Thomas Catenacci said he requested an interview with her multiple times, but she ignored him because of his race.

The journalist argued Lightfoot violated his First Amendment and 14th Amendment rights. This came days after Lightfoot was grilled at a press conference for her controversial pledge to only grant one-on-one interviews to black and brown reporters.

I, along with @DailyCaller and @JudicialWatch, am suing Chicago Mayor Lori Lightfoot for racial discrimination. The mayor denied me an interview based on my race.

I look forward to holding her accountable. https://t.co/yL4WzAoxgI

Catenacci said he “looks forward to holding her accountable” and pointed out that it’s “blatantly discriminatory” to prevent journalist from doing their jobs based on their race. It all calls into question, what happened to freedom of the press?