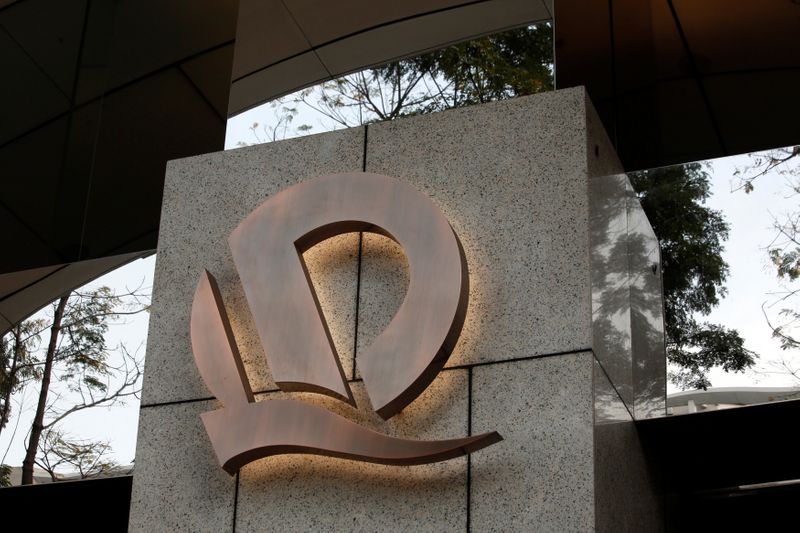 SHANGHAI (Reuters) – China Evergrande Group may have cleared a near-term debt hurdle with arrangements for bond payments through next March, but investors are still giving the developer a wide berth as it struggles to downsize and reduce debt.

Evergrande’s dollar and yuan bonds maturing in 2025 are trading at discounts of more than 30%, and investors say the early repayment of its last 2021 maturity is far from enough to ease concerns about the firm’s ability to service dues.

Those concerns have soared since a leaked document in September showed Evergrande sought government help to avert a cash crunch, as it works to meet Beijing’s debt-ratio caps for developers dubbed the “three red lines”.

“(This repayment) is still not an indication as to whether you’ll be able to sufficiently de-lever and continue to repay your debt in the next couple of years,” said Michel Lowy, founder and chief executive of SC Lowy, a banking and asset management group focused on distressed and high-yield debt.

Evergrande, one of China’s largest foreign debt issuers, has seen its shares rise 10% from lows touched last week after it said it would make debt payments out of its own funds.

But bond investors are worried about the company’s excessive reliance for financing on commercial bills, which are issued by its projects to suppliers to defer payments for purchases.

The company’s commercial bills payable totalled 205.3 billion yuan ($31.80 billion) in 2020, according to onshore regulatory filings, up more than 25% from a year earlier.

Evergrande declined to comment for this story, but said on Tuesday that its interest-bearing debt has dropped to around 570 billion yuan. It has said that it aims to achieve all three “red line” targets by the end of 2022.

“Whether they were paid or not, it doesn’t really matter,” said Lowy, noting the high cost of such financing and how it showed the firm had no funding alternatives.

Lowy’s firm acts as a market maker for Evergrande bonds, but does not hold a “material” long or short position.

Fitch Ratings downgraded the long-term issuer default ratings of Evergrande and its subsidiaries last week to “B” from “B+” with a negative outlook, citing factors including ongoing pressure on the company to downsize its business and reduce total debt, and its weakened access to debt capital markets.

The company’s access to bank financing has been squeezed since regulators told lenders to stress test their Evergrande exposure. Bond investors have also been lukewarm: Two portfolio managers told Reuters that Evergrande bonds had for some time been blacklisted by their firms over credit risk concerns.

Yields on Evergrande bonds have jumped. A September 2025 bond last yielded more than 26%, versus 4.18% on similar bonds of developer Country Garden.

Even investors willing to brave the risks have been seeing unusual levels of market worry.

Clarence Tam, fixed income portfolio manager at Avenue Asset Management in Hong Kong, said he bought Evergrande bonds one to two months before their May maturity this year after assessing that the company had sufficient liquidity to repay them.

That the bonds were available for sale reflects market fears, he said.

“For normal bonds there is no offer 3-6 months before maturity as investors think there should not be much risk.”