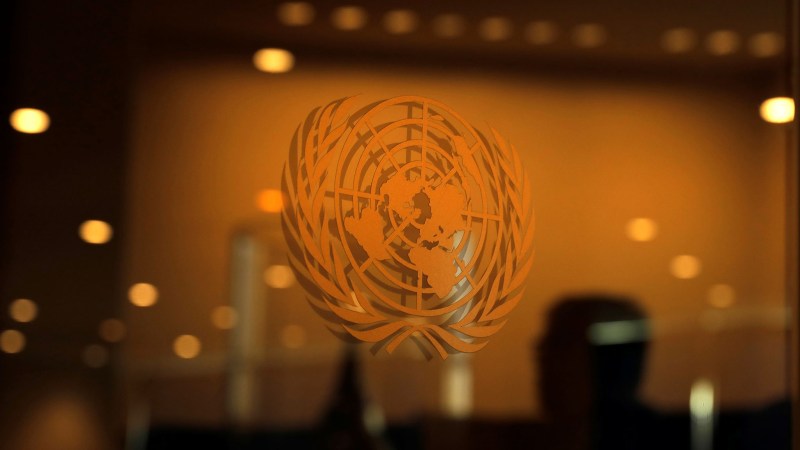 The head of the World Uyghur Congress was interrupted repeatedly by a Chinese diplomat during a session of the U.N. Human Rights Council yesterday.

As Dolkun Isa, the group’s president, addressed a session involving the U.N.’s adviser on genocide, a Chinese representative interrupted him mid sentence to claim that “we always put the well-being of the Chinese people at the heart of our work” and defend Beijing’s policies in the Xinjiang region, where the Chinese Communist Party is carrying out crimes against humanity and genocide.

WUC President @Dolkun_Isa spoke during the Interactive Dialogue with the @UN Special Advisor on the Prevention of Genocide at the #HRC47.

Although no ”humiliating” language was used, @Chinamission2un has raised a point of order to prevent him from speaking. pic.twitter.com/CVKapBUbpD

Then, the council’s chair allowed Isa to continue — but he was soon interrupted again, by the same representative: “Madame president: This representative is using humiliating language to spread falsehoods in his intervention.” She offered her own falsehoods, claiming that China enjoys “absolute peace” in Xinjiang.

We thank the @UKMissionGeneva for their intervention to defend civil society participation at @UN the Human Rights Council.

States and the UN must oppose intimidation by authoritarian states and defend the meaningful participation of CSOs and human rights defenders. pic.twitter.com/eBDSp0WZby

Ultimately, the U.K.’s representative took the floor to defend Isa’s right to speak, and he was permitted to finish his remarks.

This sort of authoritarian interruption is routine at the Human Rights Council, which is in many respects a political playground for dictatorships. In Geneva, China and likeminded regimes have created human-rights expert posts that they’ve staffed with sympathetic officials, received dozens of countries’ signatures on letters justifying mass atrocities, and even targeted dissidents and minorities there to tell stories of oppression by these regimes.

Isa’s remote participation in the partially virtual session means that the Party’s harassment won’t get much worse for him than the interruption. Others have had it worse in Geneva. U.N. whistleblower Emma Reilly has claimed that the U.N.’s High Commissioner for Human Rights actually passed the names of Uyghur, Tibetan, and Hong Konger activists involved in U.N. activities to Chinese officials. (In fact, in 2012, Isa’s name was one of those given to Beijing.)

At other points, Chinese diplomats have photographed dissidents in Geneva to take part in the council’s proceedings, despite bans on photography in certain areas of U.N. buildings. At other points, Reuters reported in 2015, Chinese officials have asked the U.N. to deny dissidents access to meetings and fill meeting spaces with pro-China attendees.

All of which is to say that when it comes to abhorrent activity by China and other authoritarian governments, Geneva is like the wild West, and Isa’s treatment yesterday is the norm, not the exception.

As the Chinese Communist Party turns 100 this week, this incident also previews the sort of influence on the global stage to which Beijing aspires and already possesses.