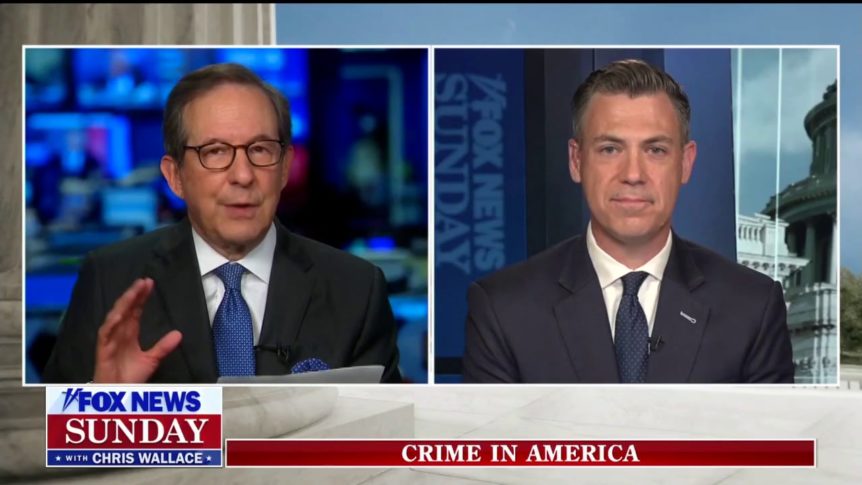 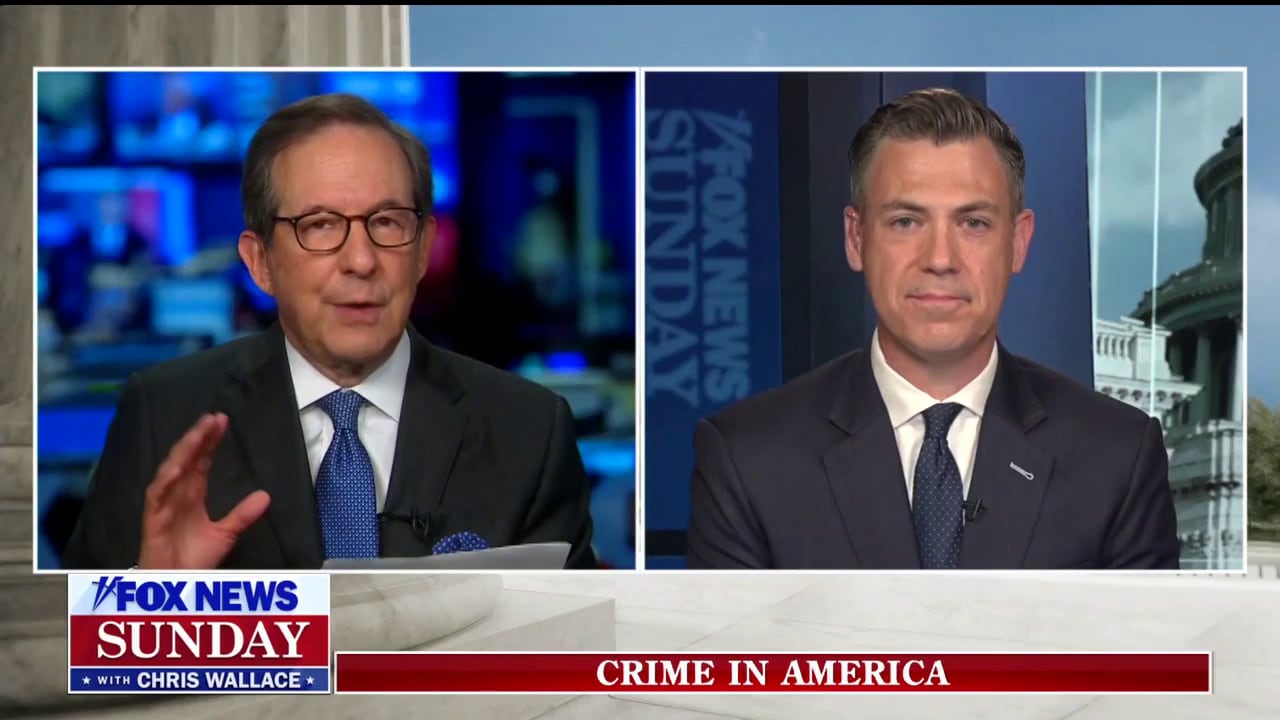 Fox News anchor Chris Wallace challenged Rep. Jim Banks (R-IN) on Sunday over his claims that Democrats are responsible for rising violent crime rates due to ant-police rhetoric, pointing out that Republicans are the ones who have actually voted against additional law enforcement funding.

After President Joe Biden said he would target law-breaking gun dealers in his new anti-crime plan last week, Banks wrote an op-ed for Fox News’ website in which he blasted President Joe Biden for not daring to “admit Democrats’ responsibility” for the crime spikes, claiming there is “overwhelming evidence connecting the rise in murders to the violent riots last summer and the Defund the Police movement.”

Appearing on Fox News Sunday, Banks continued to push his talking points, insisting that the president was “being held hostage” by The Squad, a group of progressive lawmakers that includes Rep. Alexandria Ocasio-Cortez (D-NY) and Rep. Ilhan Omar (D-MN), among others.

After Banks asserted that Democrats have spent a year “stigmatizing” police and providing a “recipe that criminals in every city in America are liking,” Wallace confronted the congressman on his personal opposition to additional funding for local law enforcement agencies.

“Let me push back on that a little bit because in the program that he announced this week, the president said that the central part in his anti-crime package is the $350 billion in the American Rescue Plan, the COVID relief plan that was passed,” the Fox anchor said before airing Biden’s remarks.

“Congressman Banks, you voted against that package, against the $350 billion, just like every other Republican in the House and Senate, so can’t you make the argument that it’s you and the Republicans who are defunding the police?” Wallace added.

The Indiana lawmaker, meanwhile, attempted to fall back on his claims that The Squad’s rhetoric was to blame, only for Wallace to interrupt him before he could continue reciting his canned lines.

“Respectfully, I’ve heard your point about the last year, but you and every other republican voted against this $350 billion.”

“No, no, sir, respectfully—wait, sir, respectfully, I heard you make that point but I’m asking you there’s $350 billion in this package the president says can be used for policing and let me put up some of the specific things that he said,” Wallace declared while Banks tried to object.

“Congressman Banks, let me finish and I promise I will give you a chance to answer,” the Fox News Sunday moderator continued. “The president is saying cities and states can use this money to hire more police officers, invest in new technologies and develop summer job training and recreation programs for young people. Respectfully, I’ve heard your point about the last year, but you and every other republican voted against this $350 billion.”

Banks, however, completely ignored Wallace’s point, instead repeating his argument that the main reason violent crime is on the rise is that progressives had “stigmatized one of the most honorable professions in America.”