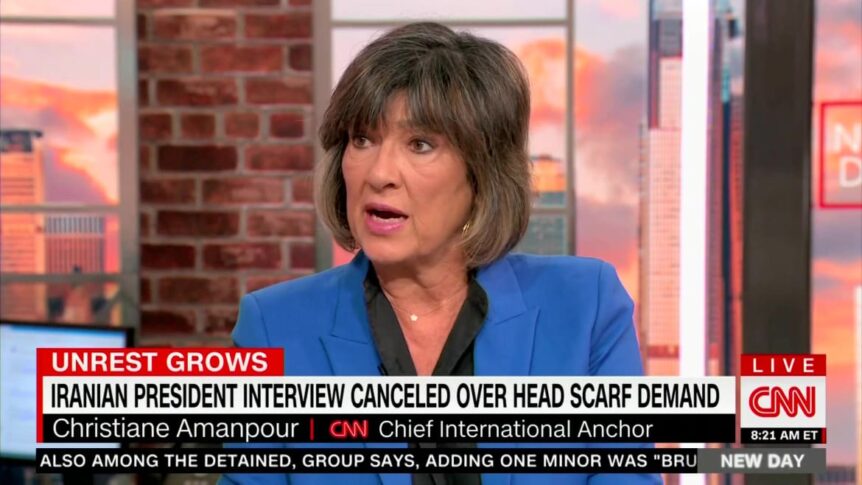 CNN’s chief international anchor Christiane Amanpour said that Iranian President Ebrahim Raisi demanded at the last minute that she wear a head scarf as a “matter of respect” during an interview planned for Wednesday evening, prompting her to “politely decline” his “unprecedented and unexpected condition.”

Raisi then withdrew from the long-planned interview.

With anti-government protests raging in the streets of Iran following the death of a young woman in police custody, Amanpour hoped to press Raisi about the news in his first-ever interview on American soil. The hardline Iranian leader was in New York for the United Nations General Assembly.