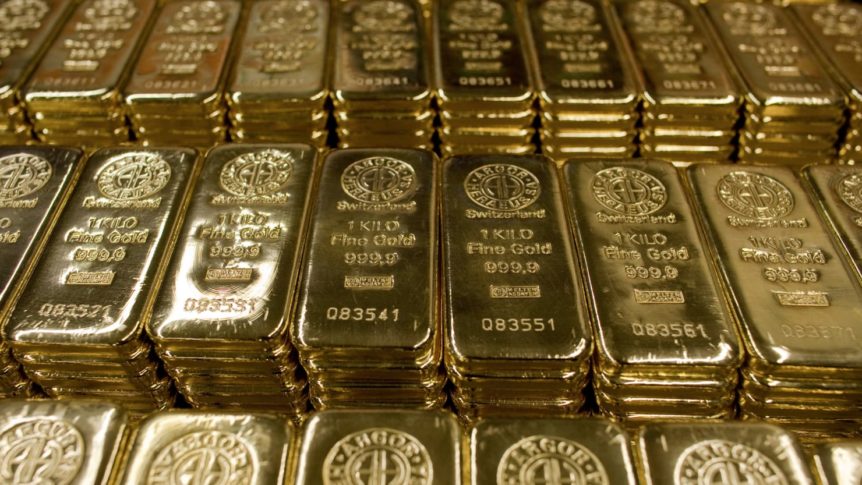 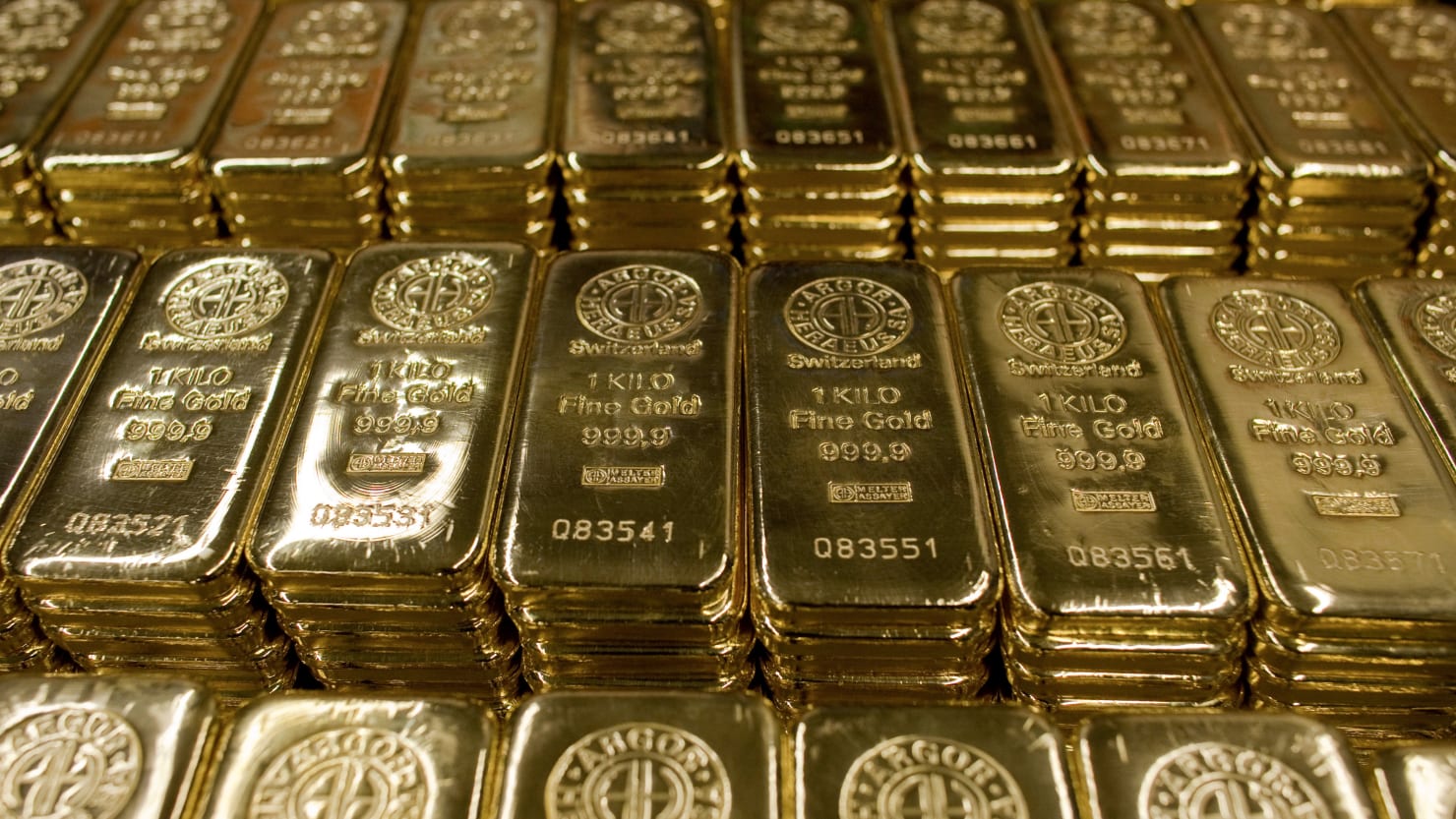 An onsite jewelry store allegedly helped “customers convert their cash into gold, and structured their cash transactions to avoid federal reporting requirements.” The listed owners of U.S. Private Vaults, CEO Mark Paul, and Hillary and Steve Barth, a married couple from Los Angeles, are not presently facing any criminal exposure. The three of them maintained a veneer of legitimacy, holding down executive positions elsewhere and granting puff-piece magazine interviews. However, a fourth, previously unknown, owner, identified in court filings as a career criminal named Michael Poliak, has emerged in a federal seizure warrant reviewed by The Daily Beast.

In April 2019, Poliak, who is not presently facing criminal charges, purchased half of U.S. Private Vaults from Paul for a little less than $500,000, according to the warrant. He described the deal to an undercover informant wearing a wire, the warrant states, admitting during multiple conversations that his funds were hardly on the up-and-up. Paul owned 75 percent of the company; the Barths owned 25 percent, Poliak explained.

“How did you meet him, turn around and become a partner?” the informant asked Poliak. “Did you have to pay him?”

The money came from Poliak’s “extensive criminal activities,” the warrant alleges, filling dozens of pages with detailed examples of Poliak’s violations and how he “washed” his ill-gotten gains. One of Poliak’s alleged “businesses” involved fraudulent online advertising, which he told the FBI informant he was taking over from an associate headed to prison on kidnapping and torture charges.

“I have a guy that’s a master at driving traffic online,” Poliak allegedly said. “But he does deceptive marketing. He’ll fake some shit, like he’ll put Dr. Oz promoting his product or Ellen [DeGeneres] or some shit like that. And he’ll sell the fuck out of it, but you burn a lot of merchant accounts… ‘Cause the [credit card] charge-backs are gonna be like crazy.”

Poliak’s various interests truly spanned the spectrum of wrongdoing, the documents show. He claimed to be affiliated with the Beltrán Leyva organization, a Mexican drug cartel started by defectors from “El Chapo” Guzmán’s Sinaloa cartel, and regaled the FBI informant with stories about his underworld connections.

“I’m Beltran,” he allegedly told the informant during one conversation. “Beltran are my people. Google Beltran, you’ll see how big they are. Guadalajara.”

In another conversation recorded by the informant, Poliak allegedly described an “unlucky” person who used to “make oil” for him—that is, cannabis extract used in vape cartridges, which are legal in California and other states—but died during a 2019 lab explosion that led to murder charges.

During a meeting with the informant in early 2020, Poliak took a call on speakerphone with a legal cannabis grower in California, the warrant states. During the conversation, the grower, who subleased a commercial property in Los Angeles from Poliak, said she “recently ended a partnership in her cannabis business because her partners were operating outside the law,” the warrant explains.

That’s when Poliak allegedly offered to help the grower, who did not have a retail license, commit further violations, volunteering to “broker the sale of 20,000 pre-rolled joints.”

Poliak “was adamant that he did not want to ‘hold’ more than a few,” saying, “You can drop off samples. But I don’t need to store fuckin’ tons of shit. A couple samples, yeah, no problem. I’ll just hand it over to the guy.”

Later that year, Poliak told the informant he had scammed the federal government out of a PPP loan—which doesn’t need to be paid back under certain conditions—totaling nearly $70,000.

“Poliak admitted to [the confidential informant] that he only made $1,000 a month, and didn’t have any employees, but submitted an application and received $68,700,” the warrant states. “When [the informant] asked how he did it, Poliak replied, ‘Cause I filed. That I had hardships.’”

But Poliak’s alleged criminal empire was nothing if not diversified. The feds allege he earned hundreds of thousands of dollars by facilitating fraudulent health-care schemes carried out by corrupt medical providers. It was a way for him to exchange dirty cash for “clean” checks, Poliak explained.

“I get checks for fifty-thousand a month,” Poliak allegedly said in a recorded conversation with the FBI informant. “Forty-five gets me fifty.”

Poliak then laid out how it all worked, describing a network of shell companies he allegedly used to obscure the origins of his money. The feds subpoenaed Poliak’s bank records, and found he had deposited $50,000 checks each month, over the course of about two years, totaling more than $1 million. The checks came from two unnamed corporations, the warrant states, which were owned by the same unnamed individual. This person is not identified in court filings because they are presently the target of an FBI health-care fraud investigation, according to the warrant.

“I know that those engaged in health-care fraud schemes often need cash and will pay a premium for it (e.g. $50,000 for $45,000 in cash) because they need to make cash payments to ‘patients’ seeking health-care services which are being over-billed,” states the warrant, which is signed by Postal Inspector Lyndon Versoza. “They cannot withdraw the amount of cash they need without bringing attention to their scheme. This leads them to look for other sources of cash.”

Poliak told the informant he stored much of it at U.S. Private Vaults, in six safe deposit boxes.

“Let me put it this way, the reason also why I wanted to buy [into the business], I got a lot of fucking money now,” Poliak said, according to the warrant, adding that of the $10 million in cash he had on hand, $2 million was “clean.”

Laundering the cash was simple, according to Poliak: He said he paid for new homes in cash, then spent significant amounts of that same illicit cash on renovations—later selling the properties for big profits and claiming the proceeds as legitimate income. But while most sellers would gladly welcome—and possibly offer a discount to—a buyer who offered to pay his asking price in cash, Poliak had no interest in such a transaction. In one conversation, he told the informant he had more cash than he knew what to do with, and that he therefore would charge any cash buyer a $200,000 premium on a $4 million sale.

“I don’t—nobody needs cash,” Poliak allegedly said. “I have a ton of cash… I’m doing business to get rid of my cash.”

A group of customers later sued the FBI over the U.S. Private Vaults raid, claiming they were storing legitimately obtained cash and property at the location, and hadn’t committed any crimes. Poliak does not have a lawyer listed in court filings and was unable to be reached.