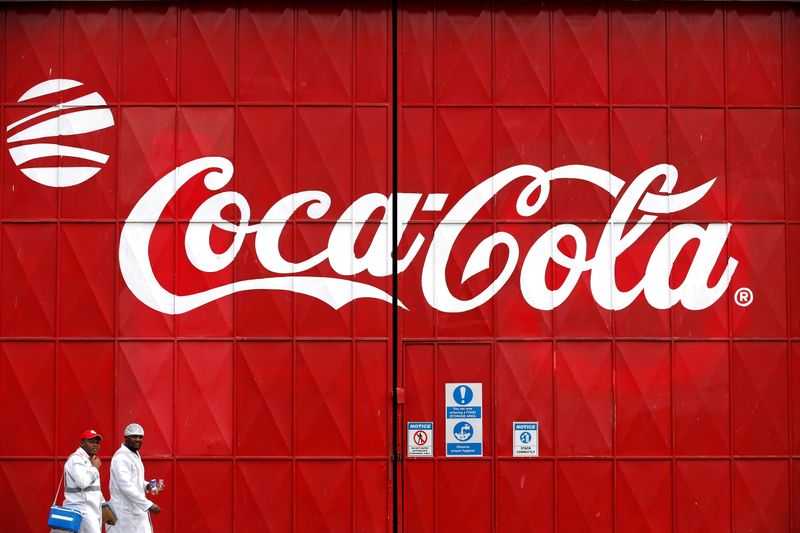 (Reuters) -Coca-Cola Co raised its full-year sales and profit forecasts on Wednesday, as demand bounces back from pandemic lows for its beverages following the re-opening of theaters, restaurants and stadiums.

Shares of the world’s largest soda maker, which struggled for much of last year after public venues were shut to curb the spread of the coronavirus pandemic, rose 3% in early trading.

Coca-Cola’s revenues in North America, its biggest market, rose 28% in the second quarter, helped by the vaccine-aided reopening and easing of capacity restrictions across the United States.

Reopening economies in Europe, Asia and Latin America also lifted the company’s adjusted overall revenue by 41.1% in the reported quarter to $10.13 billion, beating analysts’ average estimate of $9.32 billion, according to IBES data from Refinitv.

“Our results in the second quarter show how our business is rebounding faster than the overall economic recovery,” Coca-Cola Chief Executive Officer James Quincey said in a statement.

The company’s total net revenue had slumped 28% in the year-ago quarter due to the lockdowns.

Rival PepsiCo Inc, which is less dependent on sales to restaurants and bars, reported a 20.5% jump in second-quarter revenue last week.

Still, Coca-Cola said volumes were pressured in markets where there has been a resurgence in infections.

The company upgraded its annual organic revenue target, expecting it to rise 12% to 14% versus its prior forecast of a high single digits increase.

Annual adjusted earnings per share are expected to rise 13% to 15%, the company said, compared with its previous estimate for a high single digits to low double digits increase.

(Reporting by Uday Sampath in Bengaluru; Editing by Sriraj Kalluvila)