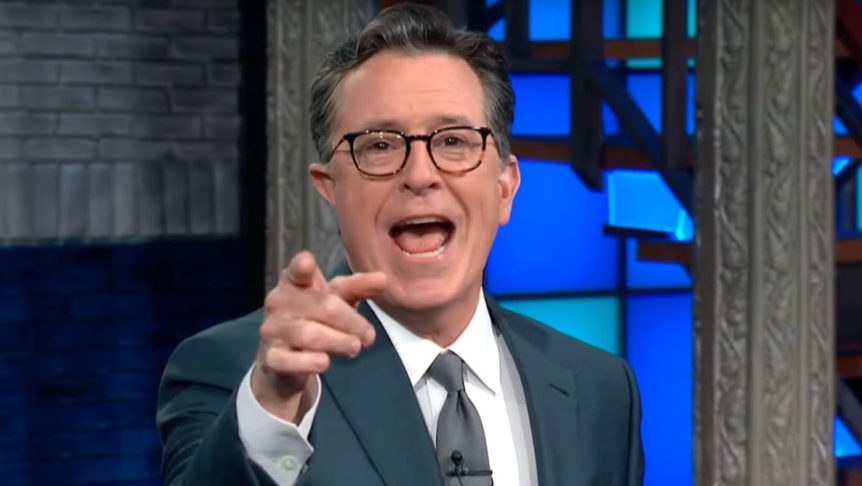 Stephen Colbert’s name recently popped up in a statement from a lawyer representing one of the Proud Boys charged with seditious conspiracy for the Jan. 6 insurrection. So the Late Show host clearly felt he had no choice but to share his response with viewers Wednesday night.

“Some of the folks being featured in the videos in these hearings are not happy about all the publicity,” Colbert said on the eve of yet another Jan. 6 Committee hearing on Thursday. Specifically, he was referring to Proud Boys leader “and worst-case scenario David Cross” Joseph Biggs, who faces up to 20 years in prison if he is convicted in his case.

“By the time he gets out, this Proud Boy is going to be a proud member of the AARP,” the host joked.