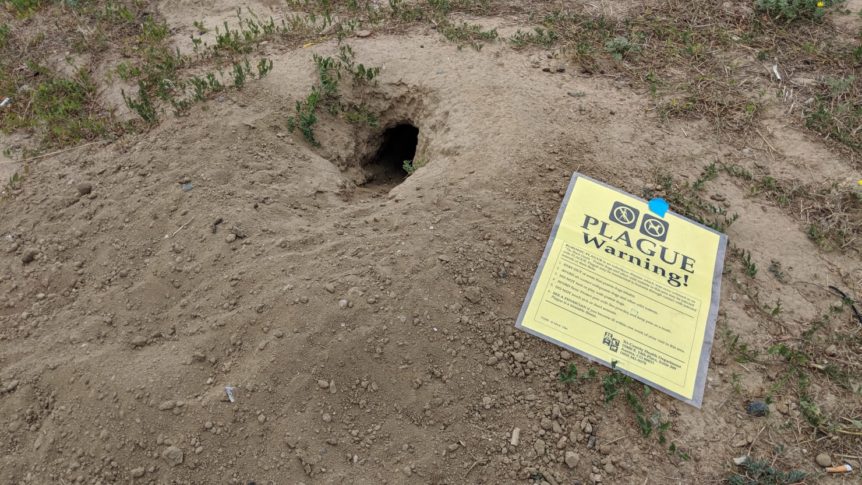 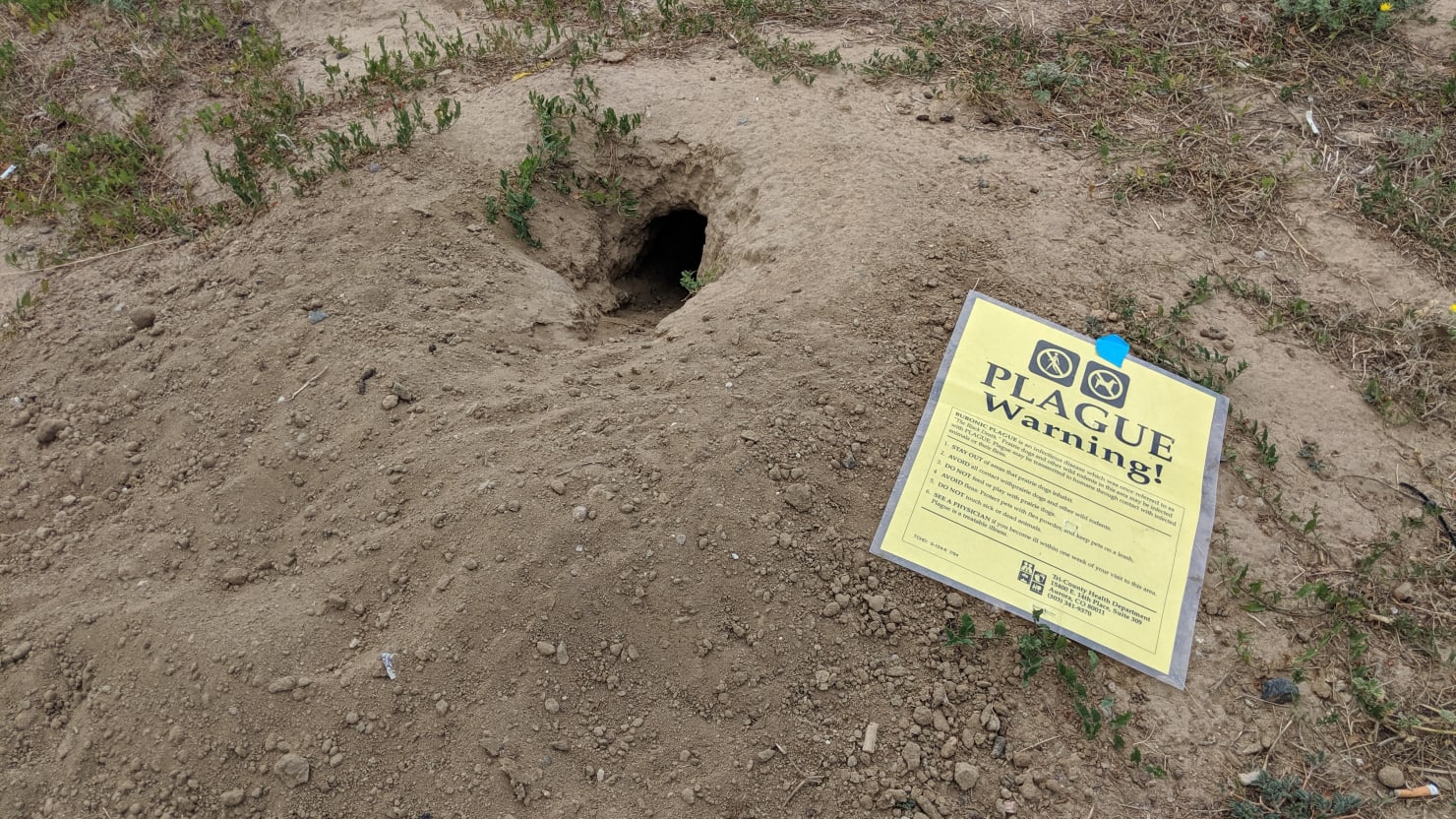 Plague has been found in animals and fleas in six Colorado counties after a 10-year-old girl died in early July from the rare bacterial infection, the Colorado Department of Public Health and Environment announced.

The unnamed fourth-grader who became infected was a member of the 4-H Weaselskin Club, and had been raising hogs as part of the program. The case marked the state’s first plague death since 2015, and the second confirmed incidence of plague in Colorado this year.

Plague activity has so far been identified in the counties of San Miguel, El Paso, Boulder, Huerfano, Adams, and La Plata, where the death occurred, AnneMarie Harper, a spokeswoman for the Colorado Department of Public Health’s Division of Disease Control and Public Health Response, confirmed to The Daily Beast. In May, a squirrel in El Paso County, Colorado tested positive for plague. Two people in the state became infected with plague last year after having close contact with sick animals but survived, according to the Denver Post. Across the U.S., there were five cases of plague in the United States in 2020, with one death.

Once known as the “Black Death,” plague killed millions of people during the Middle Ages. Left untreated, plague, which is primarily transmitted in the western United States by infected rodents—typically prairie dogs—and the fleas that live on them, can lead to severe illness or death. Roughly 85 percent of human plague cases are transmitted through flea bites, although house cats that roam outdoors can bring infected fleas inside. Dogs do not transmit plague directly, according to Colorado’s Tri-County Health Department, which warns, “Other sources of infection include the skinning or handling of infected rodents and animals such as squirrels, rabbits and coyotes.”

Modern antibiotics are effective in treating plague, and it’s not a cause for widespread panic, say experts, who equate the odds of getting plague in the U.S. somewhere around those of getting bitten by a shark while taking a casual dip.

The “ancient homeland” of the plague is Central Asia, specifically on the Qinghai plateau of what is now China, according to Susan Jones, a professor at the University of Minnesota College of Biological Sciences who specializes in the historical ecology of disease. Humans then spread the plague along the Silk Road and into Europe, eventually bringing it worldwide via stowaway rats aboard ships.

“Plague appeared in the United States, as far as we know, on a ship in San Francisco Harbor, around 1900,” Jones told The Daily Beast. “And it spread from the city of San Francisco by the rats becoming infected in the city, and then having contact with wild animals in the counties outside of San Francisco—California ground squirrels were the right kind of ecological rodent host for the plague bacillus. And it was the fleas that they both shared that spread it between them.”

There are several different manifestations of plague, and about seven or eight plague-related deaths annually in the United States, Jones explained, describing the recent Colorado case as part of a normal level of plague infections seen each year. The most common form in both animals and humans is bubonic plague, which lives in the lymph nodes and directly attacks the immune system, she said, adding that if a person starts a course of antibiotics within the first 48 hours of showing symptoms, they won’t have anything to worry about.

“But the problem is, when you first start showing symptoms, you’ll have a little cough, you’ll have a fever—what’s to say it’s not the flu, or COVID, or 500 other things?” Jones continued. “It’s not very specific until the lymph nodes start to swell up. So this is why people can still die of plague, because by the time the lymph nodes really start to swell up, especially in children, the bacteria will have spread and multiplied all around the body.”

Things can get dire if a case of plague infects a victim’s lungs, a condition known as pneumonic plague, which makes up about 10 percent of all plague cases in the U.S. In this instance, the disease goes airborne and can be spread from one person to another by coughing and could lead to an epidemic. However, Jones said, “We’ve never really had that in this country, with the exception of a couple of isolated incidents around 1900 in port cities like San Francisco, but they managed to contain it.”

Although untreated pneumonic plague is almost always fatal, the last known case of human-to-human pneumonic plague transmission occurred in 1924, according to the Tri-County Health Department. And to date, plague hasn’t crossed the Mississippi River in any appreciable numbers, “largely because the ecology is not right,” said Jones. “You need the right kind of animal and flea communities in the wild to maintain this disease.” (Madagascar is one place still seeing significant plague outbreaks.)

Hunters, hikers, and anyone potentially in contact with wildlife in certain areas of the U.S. can stay safe by taking a few common sense precautions, according to Jones: Wear long pants and closed-toe shoes, and spray your feet and legs with insect-repellent that contains DEET. If you have a cat, keep it indoors.

“Where is this on the spectrum of scary things?” said Jones. “Way down there, because it’s so rare. Right now, if you’re going to worry about a disease, [COVID] is the one to be sure that you take measures for.”

It’s not uncommon whatsoever for a small handful of plague cases to emerge each season, and the chances of getting sick are incredibly slim, said Jyl Matson, a professor of microbiology at the University of Toledo. Matson did her PhD thesis on the plague while studying in North Dakota, and was aware of the prairie dog colonies in the vicinity. She understood this was a factor, and said that people who hunt prairie dogs or otherwise interact with them should consider themselves at higher risk for plague.

That is to say, it’s not a concern for the vast majority of Americans, Matson told The Daily Beast.

“To your average person that isn’t in contact with these things, it’s a non-existent [issue],” she said. “Because you’re very unlikely to be bitten by a random flea that would be carrying plague.”