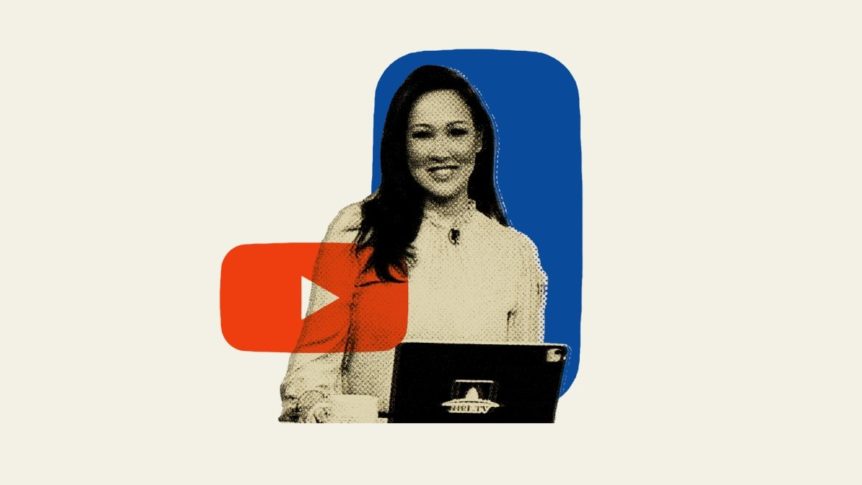 Welcome to Confider, the newsletter formerly known as Source Material. Yes, we’ve got a new name and new look—but we’re still delivering a buffet of juicy media morsels to your inbox every Monday. You can subscribe here and you can send questions, tips and complaints here.

Staffers at The Hill have complained to management about one of the hosts of the D.C. outlet’s popular web show over her fringe views and misinformation, Confider has learned. Rising co-host Kim Iversen brands herself as a “tell it like it is, no b.s. broadcaster” and spoke at this month’s anti-vax “Defeat the Mandates” rally in Los Angeles and then raved about it on Rising. She was briefly suspended by YouTube last month for COVID misinformation. And Iversen has further sparked uproar among colleagues for parroting Kremlin talking points about Ukrainian neo-Nazis and seemingly defending the Chinese government’s brutal treatment of Uyghurs (for which co-host Ryan Grim confronted her on-air). According to multiple sources at The Hill, who described her rhetoric as “toxic” and “dangerous,” numerous staffers have “expressed serious concerns” about Iversen to management. The complaints have gone “above” Editor-in-Chief Bob Cusack, one high-level staffer told us, with “senior people” having taken their concerns directly to the outlet’s parent company Nexstar. “Kim is a conspiracy theorist,” the senior staffer asserted. “I think she’s really bad news.” In a statement to Confider, Iversen said her co-workers’ “feelings aren’t a secret” to her. “Everyone has witnessed the disdain on air,” she wrote. “And yes, I’m aware of the whining to management. This isn’t news.” Insiders further noted how YouTube suspended The Hill’s account last month after it aired Trump peddling election lies. And while Grim and co-host Robby Soave criticized YouTube’s decision as “maddeningly hypocritical,” Hill staffers are concerned that Iversen’s continued presence could result in further penalties from the tech giant. Comparing the Iversen situation with that of former Hill columnist John Solomon, whose questionable and conspiratorial claims about Ukraine underwent a thorough and scathing review after colleagues revolted, an insider lamented: “I don’t know what the attraction is that some people in our operation have to conspiracy theorists, but it’s just not helpful. It’s not a good thing.” Representatives for The Hill declined to comment.

The New York Times seemingly wrote the definitive yarn on the CNN+ collapse, but one key element missing from most coverage has been the perspective of the staffers who put together the ill-fated project. By all accounts, in the months leading up to launch, CNN+ staffers were excited and optimistic, even after key booster Jeff Zucker abruptly exited the company and questions arose about how incoming Discovery overlord David Zaslav (who we reported early on as not wanting to keep CNN+ boss Andrew Morse around) would handle the product. Even the unflattering initial viewership data leaked to CNBC didn’t deter the internal buzz among CNN+ production. However, a vibe shift set in, staffers told us, after Warner Bros. Discovery brass failed to defend CNN+ or push back on reports suggesting the ratings data was indicative of failure. “We felt hung out to dry,” one such staffer said. “The collapse was still shocking but there was a lingering worry after that.” And inside the greater CNN newsroom, a current on-air star relayed, there now lives a general sense of “resentment, bitterness, confusion, chaos, frustration” towards new management. “It just feels like everyone’s along for this ride and no one even knows who’s driving.”