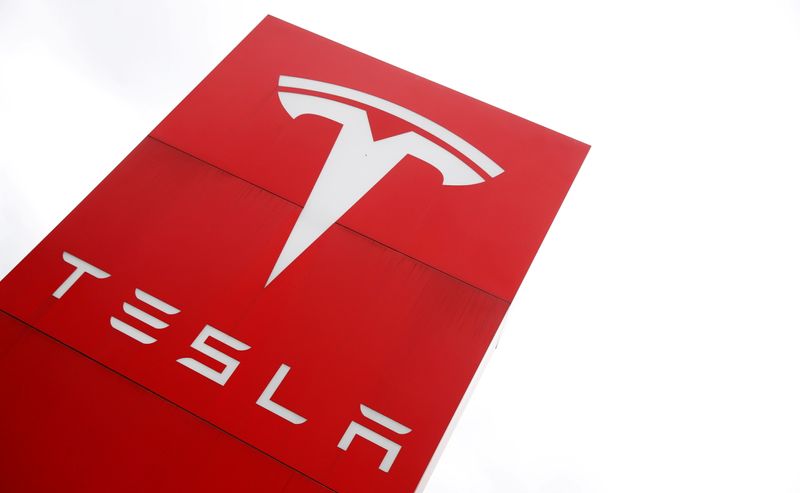 FILE PHOTO: The logo of car manufacturer Tesla is seen at a dealership in London, Britain, May 14, 2021. REUTERS/Matthew Childs/File Photo

The influential consumer publication cited videos posted on social media of drivers using it and raised concerns about issues, including “vehicles missing turns, scraping against bushes, and heading toward parked cars.”

Consumer Reports said it plans to independently test the software update known as FSD Beta 9, as soon as its Model Y receives the update.

Tesla and the National Highway Traffic Safety Administration (NHTSA) did not immediately comment.

In April, Consumer Reports said its engineers were able to defeat safeguards on Tesla’s Autopilot and get out of the driver’s seat.

Last month, NHTSA disclosed it has opened 30 investigations into Tesla crashes involving 10 deaths since 2016 where advanced driver assistance systems were suspected of use.

Autopilot, which handles some driving tasks, was operating in at least three Tesla vehicles involved in fatal U.S. crashes since 2016, the National Transportation Safety Board (NTSB) has said.

The NTSB has criticized Tesla’s lack of system safeguards for Autopilot, which allows drivers to keep their hands off the wheel for extended periods.