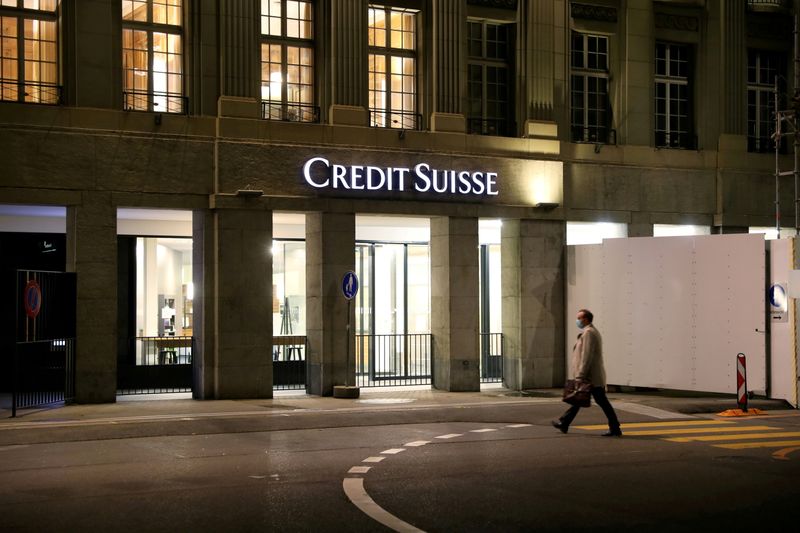 ZURICH (Reuters) – Credit Suisse on Thursday posted a 78% fall in second-quarter net profit, as a steep drop in its investment banking revenues sharpened the blow from recent Archegos and Greensill scandals.

Meanwhile, it unveiled its findings from an investigation into the Archegos matter.

“Credit Suisse delivered resilient underlying second quarter results and strong capital ratios as we are benefiting from having taken decisive actions to address the challenges raised by the Archegos and Supply Chain Finance Funds matters. We take these two events very seriously and we are determined to learn all the right lessons,” Chief Executive Thomas Gottstein said in a statement.

Analysts had expected a nearly $600 million hole caused by more losses at stricken fund Archegos and further weakness in the bank’s trading and advisory businesses to bring second-quarter net profit down to a quarter of its value a year ago.

Switzerland’s second-biggest bank has been reeling from the aftermath of twin shocks unleashed in March, when its prime brokerage business lost more than any other competitor from the collapse of family office Archegos, and as its asset management division scrambled to return some $10 billion of client investments linked to insolvent supply chain finance firm Greensill.

In a 165-page review, law firm Paul Weiss, Rifkind, Wharton & Garrisson gave a damning assessment of the bank’s risk management practices in its prime services unit and broader investment bank, though it did add there was no evidence of fraudulent or illegal activity.

“The Archegos matter directly calls into question the competence of the business and risk personnel who had all the information necessary to appreciate the magnitude and urgency of the Archegos risks, but failed at multiple junctures to take decisive and urgent action to address them,” the report.